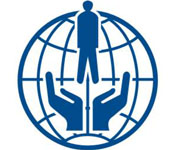 2010 marked several novelties as well as the continuation and strengthening of some trends observed in previous years in Georgia. The report represents the summary of work carried out mostly by Human Rights Centre in 2010. The report also relies on the work of Human Rights House Tbilisi, also the Public Defender, International Organizations as well as other partner NGOs. It covers the main points of concern regarding the dynamics of democratic transition in the country and shows that the effective execution of power achieved by the current government is used not to eliminate alarming trends in the field of basic rights and freedoms but abused in many cases to further strengthen the position of the ruling elite.
The wave of legislative amendments continues to be the biggest threat to democratic processes in the country. The issue of the implementation of relatively liberal legislation adopted in the 90s is fixed not by improvement in implementation itself, but by the reduction of liberal legal standards. Human Rights Center has been reporting on the alarming trend of legislative amendments in the previous year as well. This trend continued in 2010 and forged a different direction: if the amendments of 2009 were mostly related to the restriction of the right to peacefully assemble, motivated by continuous protests in the spring of 2009, the 2010 amendments have penetrated deep into the life of every citizen and have the potential to undermine their privacy.
In particular, the Freedom Charter, which alongside the introduction of a ban on Soviet and Nazi symbols and propaganda, obliges commercial banks to report large money transfers to private and legal entities from abroad (GEL 25, 000 and above) to the MIA; new regulations in the law on Operative-investigative activities grant the investigators access to the internet traffic of any user in the country; a new position of inspector of personal data was introduced and public- as well as private organizations are obliged to provide data on their employees to the inspector. Information such as political, religious beliefs, as well as sexual orientation have become available to the inspector with no guarantees of confidentiality; police now have the right to stop any person in the street based on a “reasonable doubt” and perform external examinations which can lead to a full-scale search without the permission from a judge or a prosecutor; non-government or international organizations require the agreement of the state to implement projects related to occupied territories and taxation of grant- funded activities has been increased from 12 to 20% by the new tax code. Finally, Georgia has a new constitution, which strengthens the role of the prime minister whilst reducing the power of the president. This fact raises concerns within Georgian society regarding the future employment of President Saakashvili.
The judiciary continued acting as a notary of the executive branch and particularly, the prosecution. Criminal proceedings have turned into a money-making machine thanks to plea-bargain agreements in 84% of cases; no proper adjudication of cases is carried out during trials, acquittals equal to 0.1% for the reporting period; judges are subjected to pressure, as they can be easily dismissed for disciplinary violations which are easy to “invent” in case of misbehavior; judges can also be assigned to serve in distant locations without their prior consent; ECtHR applicants are subjected to pressure.
Human Rights Defenders became victims of a smear campaign within the Georgian state controlled media. Investigative journalist and a member of the South Caucasus Network of Human Rights Defenders, Mr. Komakhidze received political asylum in Switzerland because of death threats from Georgian authorities.
The mainstream media remained extremely biased, major TV stations literally represent government interests airing one-sided reports and rarely voicing reasonable criticism comprehensively. The alarming situation within the Georgian media culminated in a hoax Report by Imedi TV in March, when thousands and thousands of Georgians believed that the war [with Russia] had started again; transparency issues concerning media ownership were discussed by the parliament with a proposal to ban companies registered in off-shore zones from holding shares in the Georgian media. Hearings will continue in 2011.
The 2008 armed conflict with Russia continues to influence the life the country strongly. Alleged war crimes during the conflict have not been investigated effectively by all sides and there is a lack of public information in this regard; the situation of IDPs remains difficult, especially after their eviction from a number of facilities in Tbilisi. Certain measures were taken to address issues concerning their accommodation and healthcare but they are far from being enough and there are serious shortcomings in their implementation as well. Some IDPs face serious obstacles while trying to obtain their statuses.

Municipal elections held on 30th of May 2010 ended with the ruling party wining in all municipalities. International observers regarded the elections overall as a significant step towards meeting international standards. However, Human Rights Centre, monitoring together with other civil society organizations in several regions revealed instances of serious violations and deliberate falsification- many of which were filmed on cameras and issued as a video report.