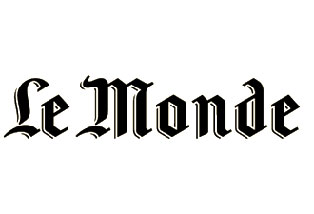 It is not easy debut for a businessperson without any political experience. I decided to establish a political movement in Georgia because I am concerned about creeping authoritarianism of the President Mikheil Saakashvili’s government. His mentality and actions rely on the principle “I am the State”, misbalances Georgia and hinders successful reforms of my country.

Unless the society is balanced by opposition powers, Georgia will continue its way towards isolation and impoverishment. If the ruling party still holds on its power through parliamentary elections of October 2012 and presidential elections in 2013, urgently necessary reforms will not be implemented and the country will ruin due to political and economic instability. After twenty-year-long turbulent period, Georgia will not be able to undergo another revolution.

I believe that Georgian people are ready for real political debates. We are people who love discussion and are eager to take the right path in future development. We feel insulted when the government controls leading media sources in the country and opposition parties cannot reach people.

Similar unhealthy situation breeds feeling of irresponsibility among governmental officials and lack of transparency of the government’s activities. As a result we receive corruption and abuse of power which first of all damages the Georgian population. I was always surprised with creativeness of Georgian people. Neighbors always perceived us as creative and hard-working people.

Despite initial positive changes which immediately followed the Rose Revolution in 2003 and aimed to improve working climate and to attract investments in the country, the Gross Domestic Product per capita is meager: it was 2 629 USD in 2010; Armenia and Azerbaijan have better situation in this field.

In 2008 Georgia was involved and defeated in the war against Russia though it was possible to avoid this war. It was direct result from dysfunctional system that means there is no decision-making system in the government and only one person accumulates entire power. We have to live with those results now: we lost 20% of our territories and trading links with Russia were frozen while it is the most important market for our products and service as our bordering state. This tragic episode of our history deteriorated our relations with important western partners who believe Georgia had irresponsible relations with Russia.

In short, Georgia’s potential is being wasted despite serious effort of the government to promote the country as energetic reformatory state before the world. Saakashvili’s intolerance towards the opposition parties and his desire to totally control the state hinders our natural dynamics and prevent discontent population of Georgia to express their political concern even in social environments. Similar situation compels us live in the atmosphere of fear. In November of 2007, ruthless dispersal of anti-governmental demonstrations by Saakashvili was not forgotten yet and it was first trigger for me to be critical about the current authority.

Our purpose is to find ways to reinforce opposition parties and hold fair and free elections in order to support Georgian people to independently vote for their future and responsible leaders. These procedures require set of reforms like making national media outlets available for opposition parties, and introducing amendments to the Election Code in order to make it fairer.

The respond of the Government of Georgia to my statement about joining the politics was completely predictable and demonstrated their extreme nervousness to control situation. Five days after my first statement, Mikheil Saakashvili unilaterally stripped of my Georgian citizenship in order to hinder my participation in the upcoming parliamentary elections. I hold citizenships of Russia and France and I stated I was going to surrender both of them. Mikheil Saakashvili’s decision regarding my citizenship had no legal grounds.

Next day, the government arrested the armored van of my Cartu Bank when it was conducting regular procedures and transported large amount of money. They launched criminal case for money laundering. As it was expected, today my bank is inspected by the Central Bank and security services together.

In parallel to it, friends of my relatives and close relatives of my employees are persecuted and imprisoned. As usually happens, the government controlled national TV-Channels launched nasty pr-campaign against me alleging I am fulfilling Russian interests in the country though I have not visited Russia for the last ten years. Before 2012 parliamentary elections I am going to sell all my commercial actives in Russia.

Exaggerated reaction of the government of Georgia shows that they will make further mistakes and expose their real face. I think the ruling party is fully aware that control of their mandates in the parliament does not really reflect real support of the government.

Since my disappointment was increasing after the Rose Revolution of 2003, I thought of leaving the country. Finally, I decided to stay here because I believe it is my duty to assist Georgia to encourage its correct development. Recent circumstances that occurred after my statement proved the correctness of my decision. As a Georgian person I do not have other choice but join our struggle for better and freer future.