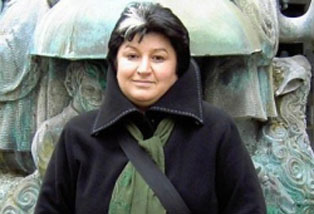 Canadian Court granted status of political refugee to the former president of the Georgian Independent Trade Union of Teachers and Scientists Manana Gurchumelidze.

“I applied to the Government of Canada for shelter on September 23, 2010. They started relevant procedures late in October; they appointed a lawyer for me, granted allowance and the immigration office studied my case. Three months ago they notified me that the Court had scheduled discussion of my case on February 7.

-What were your arguments against the Government of Georgia who allegedly persecuted you on political grounds?

-I submitted TV-Stories prepared by the Georgian national TV-Companies Rustavi 2 and Imedi, as well as publications which were published according to the governmental officials’ instructions. I also sent them court judgments where I won trials against my opponents and plenty of other relevant documents, support letters from non-governmental organizations and leaders of opposition parties. The process lasted one hour and 45 minutes. The judge passed verdict and the court granted a status of political refugee to me. I will publish the court decision in several days. I would like to thank you for having written about the problems in the education system and assist teachers to protect their rights. The judge at the Canadian Court had the information about teacher Tamar Sukhiashvili, sacked on political grounds, which was published by your website.

-Before you resigned from the position of the Trade Union’s President and travelled to Canada, they reported about ongoing investigation against you under charge of misappropriation of particularly large amount of money.

-After I quitted the organization, an independent audit inspected financial documents at the Trade Union but could not detect even minor violations there. Georgian prosecutor’s office has never launched criminal case against me; several people spread incorrect information about me.”

Manana Gurchumelidze resigned from the position of the President of Independent Trade Union of Teachers and Scientists in September, 2010. She went to Canada and requested political shelter from the Canadian Authority. According to Gurchumelidze, she decided to leave Georgia because of her and her family members’ persecution by the Georgian state institutions. By that time, TV-Company Rustavi 2 reported that Manana Gurchumelidze was accused of misappropriation and unreasonable expenditure of membership funds in the Trade Union.