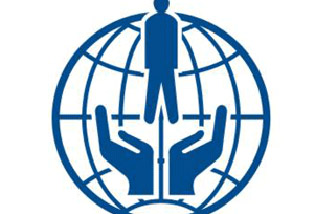 The Human Rights Center conducted monitoring of reporting about environmental issues in the Georgian media between May 30 and December 31, 2011. The monitoring covered a study of the following media outlets: the Alia, Resonansi (Resonance), Akhali Taoba (New Generation) newspapers and the main daily TV news program, Moambe, on the Public Broadcaster channel. It focused on analyzing existing trends in the reporting and collecting of quantitative and qualitative data.

The research was carried out under a UNDP project, Development of Media Monitoring Capacities in Georgia, funded by the European Union. The content of the Report is sole responsibility of the media-monitors of the Human Rights Center and it might not reflect the position of the EU, UN and UNDP.

The first and second phases of the media monitoring revealed that governmental agencies and environment protection organisations are the main sources of information for newspapers. As it became obvious, there is a serious problem of communication between scientists, experts and journalists. Journalists approach scientists and experts only in rare cases. Also, it is an alarming trend that only a very small number of authors use victims as a source of information.

During the third phase of monitoring (November 10 – December 31, 2011), Resonansi (Resonance) used the NGO sector as its major source. Compared to the last period, governmental agencies were more frequently quoted as a source of information as well. It has to be mentioned that in this phase the newspaper carried out highly professional journalistic investigations which were mostly made possible with financial support from donor organizations.

The monitoring revealed that Public Broadcaster report on the environment in a superficial manner with no in-depth analysis of the problems or coverage of interesting topics. Moambe never used opposition parties as a source of information during the first two phases of the nineteen-week monitoring.

As a rule, journalists report on the environment in a superficial manner with no in-depth analysis of the problems or coverage of interesting topics. It is possible that such articles or TV reports are not profitable from a commercial point of view but, despite this argument, the media have to give more attention to the such issues and discuss them in a more serious way. This approach is especially applicable in the case of the Public Broadcaster, as the channel is not a profit-oriented one which must focus on advertisers and viewer rating. Funding for the Public Broadcaster is provided by the government and its accountability to society is correspondingly higher.

You can read the full version of the Human Rights Center’s report on the following link: http://www.humanrights.ge/admin/editor/uploads/pdf/HRC_Environment_ENG.pdf