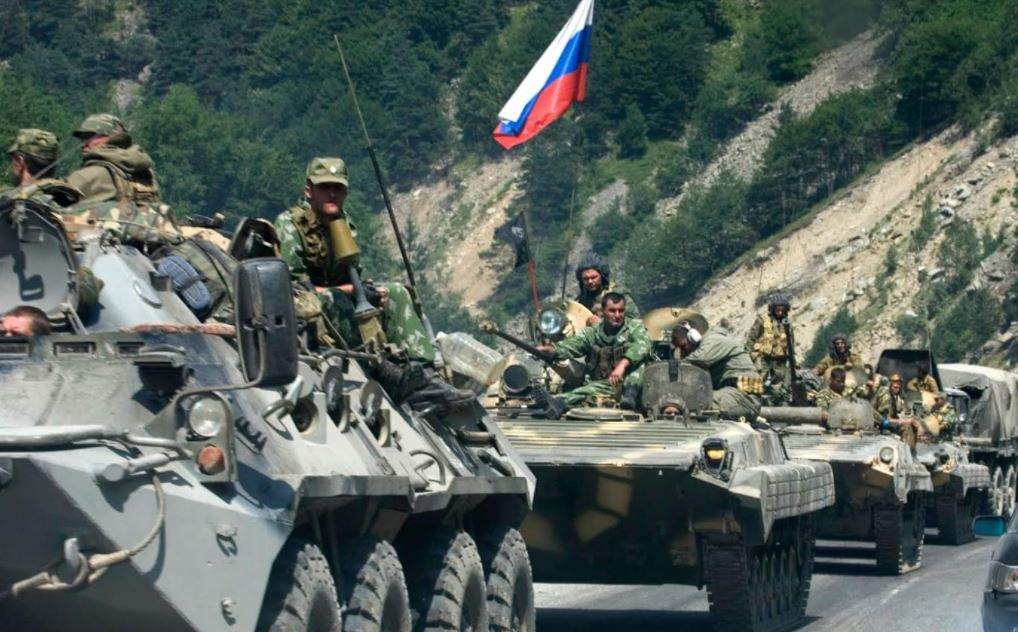 Nazi Beruashvili is one of those who became IDPs after the 2008 Russo-Georgian war. She has been living in the Karaleti IDP settlement for 13 years, and although 13 years have passed since the war, the chronicles of the war are still very hard for her emotionally to recall,  even more because 13 years ago the Russian aggression claimed the lives of dozens of her fellow villagers.


"Even though 13 years have passed since the war, this is the most terrifying, unsettling and hopeless day for me. I truly can say so. Thirteen years full of hardships has passed, but I have never lost the desire to return to my homeland. It is true that I live in Georgia, but I consider myself a guest until I return to my home. Lots of civilians were killed in the August 2008 war, some of them on the roads, some at homes, some in the yards. It was impossible to hide from the bombs dropping on you. Some people went missing, the elderly and middle-aged persons for instance who never  even buried on their own land.  13 years ago, on August 7 and 8, we ran away from village Kekhvi. We were moving, but we did not even know where to. When the bombing began, we took refuge in the forest, but still this was not safe. I witnessed with my own eyes the cruelty of the war and human tragedies, when we saw dead bodies on the roads, wrapped in tablecloths and  buried in the backyards so that their corpses would not be destroyed by crows. When we left the gorge and thought we were safe, they began to bomb Gori and the surrounding villages. There were victims in these places too. So we had to take refuge in Tbilisi, but we felt we were not safe there either. This is how we became IDPs and  this is  going on for 13 years. "We do not lose hope that it will end and one day all IDPs will return back,”  says Nazi Beruashvili.

The IDPs say that as time passes, they can neither forget the war nor the burned villages and houses. All IDPs still hope to return. They are waiting and ready to start living from the very beginning for the third time - rebuilding burned and destroyed houses.

"13 years have passed, but when I close my eyes, I recall again the cruelty of the war. I see  my village and house in flames . The hardest thing is when you watch your house burning down and you can do nothing.  Those who managed to come out in time were left without anything. Everything is destroyed, there was nothing left back. "But we are alive and have a soul within the bodies, otherwise there is nothing else for us," Zurab Kakhniashvili remembers the war chronicles with tears in his eyes.

The first half of August was particularly difficult in the IDP settlements that were built for IDPs after the 2008 war.  Some cemeteries were also developed near the settlements, where the deceased  in displacement  are buried. Before they died, they told their family members to move their bodies to their native villages when they return.

"It has been 13 years when not a single minute has passed that the IDPs did not think about our villages and houses. Those who died in exile asked their family members before their death and made them promise that upon their return their bodies would be moved to their own villages. Exile is even a greater suffer than you think.  We count days, months and years since the start of the war and our exile, but most importantly, we do not know when we would return. If we knew this, we would count the seconds and minutes,"  says Giorgi Zangaladze.

Along with the IDPs who are now missing after the Russo-Georgian war, those near  the dividing line found themselves in a difficult situation. Their houses could not escape the Russian aggression, one of such villages is Zardiantkari, where 13 years after the war the population continues to live in the house affected by fire and bombs.

Tsitsino Elikashvili: "I am from the village of Zardiantkari. The war divided my village in half. The population of Zardiantkari suffered a great trauma. We could not go home for 5 years. When we returned, our houses were burned and looted. The source of income was also destroyed. The period before we returned home was unbearable."

In early August 2008, 13 years after Russia's large-scale military aggression and hostilities against Georgia, the Russian Federation continued to refuse to comply with the EU-mediated ceasefire agreement of 12 August 2008 and to withdraw its occupation troops from the Georgian territory.

The decision of the Strasbourg Court on the interstate dispute between Georgia and Russia over the 2008 war states that the events that took place after the signing of the ceasefire agreement on August 12 and the end of the active phase of the war are the responsibility of the Russian Federation. On January 21, 2021, the European Court of Human Rights rendered a judgment  against the Russian Federation holding  that Russia was responsible for violating six articles of the European Convention on Human Rights; the judgment also provides that the Russian Federation failed to provide an effective investigation into alleged violations of the right to life after the 2008 war.

The judgment of the Strasbourg court did not turn out to be a cause for concerns for the Kremlin as the Russian Federation further intensifies the illegal militarization of the occupied regions of Georgia and almost every day installs barbed wires and various artificial barriers  along the dividing line . The process of illegal borderization is accompanied by incidents along the occupation line, such as abduction of local residents. There are cases when illegal imprisonment lasts for months.

13 years after the August 2008 Russo-Georgia war  Georgian-Ossetian relations remain in a long-term stalemate.  The Russian Federation hinders the peaceful transformation of the conflicts and the direct dialogue between the Georgian-Ossetian and Georgian-Abkhazian societies.