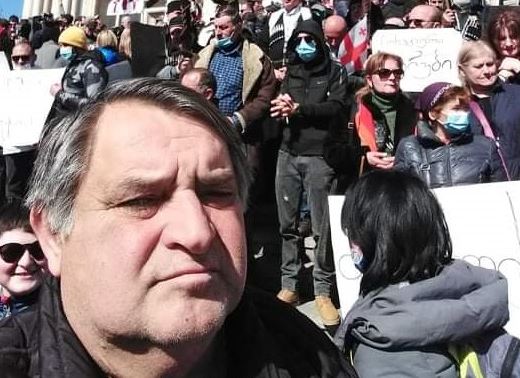 HRC provides legal assistance to Tornike Eristavi, a member of the United National Movement. A few days ago, HRC applied to the General Inspection of the Ministry of Interior and demanded to start an investigation into the alleged illegal act carried out by the Deputy Chief of Vani Police, Otar Beltadze, and to react on the fact in legal terms.

The background: On March 30, 2021, at about 20:30, Tornike Eristavi was returning   home  in village Salominao  of Vani Municipality.  Before arriving to the house, at about 20:50,  police officer Lasha Tskhvaradze appeared on his was ordering Eristavi to stop the car. They talked for a while, inquiring about the lives of  each other and when Eristavi said goodbye to Lasha Tskhvaradze and was to go back  home, Tskhvaradze stopped him again saying  that the deputy chief of Vani police, Otar Beltadze, had called him asking Eristavi to wait for him. Tornike Eristavi waited for Otar Beltadze for about 30 minutes. Meanwhile, it turned 21:00. The deputy chief of police came and asked him why he was breaking the 'curfew'. Eristavi replied that he was waiting for him as he asked.  Despite this explanation, Otar Beltadze drew up a report  of administrative offense  against Eristavi and fined him with GEL 2,000 for violating the ' curfew'. Afterwards, the police officers told Tornike Eristavi  that he must have been drinking, to which Eristavi replied that he was not drunk because of his health condition, and further he could not drink alcohol as he was driving. The police officer did not verify  the status of alcohol intoxication immediately  issuing a decision on an administrative penalty and suspended Tornike Eristavi’s  driving license for 6 months.

Tornike Eristavi is a member of United National Movement, he lives and works in Vani municipality. He is currently a member of Vani Sakrebulo and is running in the 2021 local self-government elections as a majoritarian candidate for Vani Municipality Sakrebulo from United National Movement.  He is actively involved in various protest rallies planned by the opposition. Tornike Eristavi connects his political activity with the case of  purposeful administrative offence proceedings against him.

HRC has already appealed to Vani District Court seeking to revoke the reports of administrative offense  issued against Tornike Eristavi, both for the violation of   the 'curfew', as well as regarding the suspension of driving license. The court hearings are expected to begin in September.