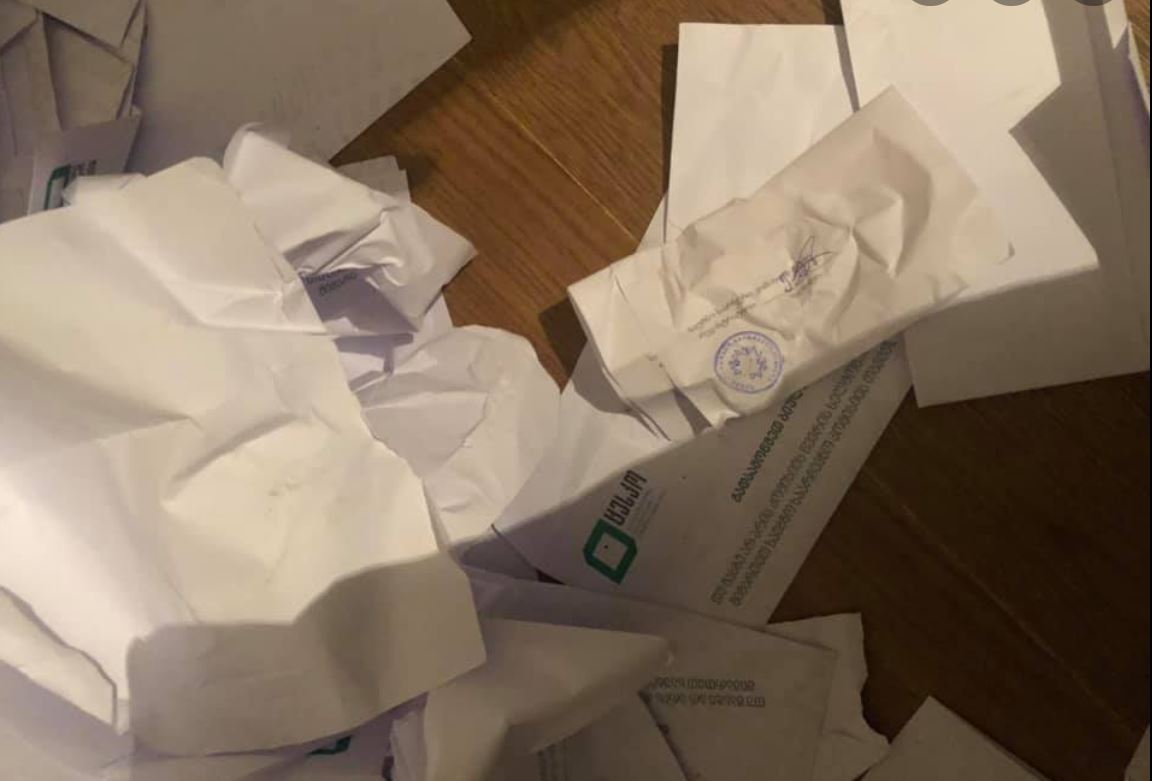 According to HRC,  during the October 2, 2021 Local Self-Government (Municipal)  Elections, the situation in several polling stations became tense and there were some incidents identified casting a shadow over the peaceful and fair environment for the polling process.  One of the most serious violations was observed by the representative of HRC at polling station N65 of  Marneuli election district N22.

Some observers were present at the polling station since the morning without specifying which organization they were from. They were interfering in the election process, and psychologically or physically abusing the observers who were acting legally when they took some photos and videos of the identified violations. Particularly an HRC observer was physically and psychologically abused by several individuals as they tried to seize a cell phone of the HRC observer when she was trying to capture the situation going on at the polling station. The persons with observer status periodically were instructing some of the NGO observers on how they should act at the polling station.

“As a long-time observer, I have seen many violations and thought that nothing would surprise me. However, the events here were beyond all sorts of violations, I have never seen something like this. At Marneuli election district N22, where lots of observers are monitoring the process the PEC members are conducting, yet the PEC members managed to damage and throw to trash the ballot papers checked in favor of the opposition. We retrieved approximately 50 ballot papers from the trash,” -  ” - Human Rights Center observer Eka Kobesashvili wrote on Facebook after the violation was identified. This post of the observer aroused great interest from the media. The situation at the polling station was also covered in several news programs. The story aired on Mtavari Arkhi shows how the PEC members are damaging the ballot papers and how the HRC observer takes the discarded ballot papers from the trash..

HRC filed complaints with the district election commission regarding the above-mentioned violations and demanded the annulment of the results of polling station N65.

On October 2, HRC observers wrote 16 complaints and entered 32 violations in the election day logbooks at the polling stations of Marneuli election district N22. In total 4 complaints were filed with the district election commission.