Residents along the Occupation Line left without any Choice 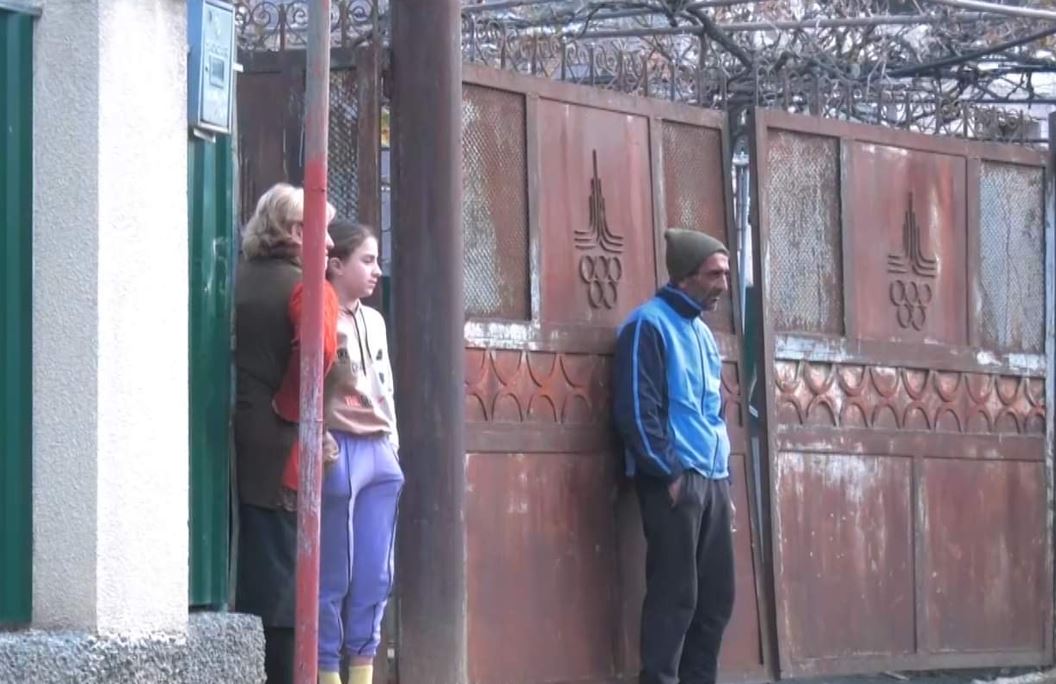 The social situation in the villages along the occupation line is so tough that the residents there often have to make risky decisions to survive and make ends meet. The same happened on October 28, when Valeri Gagnidze and Zaza Melikishvili along with three locals went to gather firewood in the forest near occupied Lopani. The economic situation of all five persons did not allow them to avoid such danger and to buy firewood. The occupiers met the locals in the nearby forest of  Lopani. They arrested Zaza Melikishvili and Valeri Gagnidze and took them to occupied Tskhinvali, the rest of the locals hid amid the forest escaping illegal detention.

The father of Zaza Melikishvili, one of the abductees, tells us that firewood was being collected in a part of the forest that is not occupied. He watched in proximity as the armed occupation forces moved into the territory controlled by Georgia arresting his son along with the friend.

"Four of us were working. We cut two trees. The driver was waiting for us below. As Valeri Gagnidze did not reply to us, my son  Zaza went downward. I heard him saying "don't shoot". We were frightened. We realized something was happening. We returned home through the forest. The Russians came to our controlled territory and from there the abduction took place. “It was the hardest thing when I watched how my son and his friend were arrested and there was nothing we could do," tells Zaza Melikishvili's father, Bondo Melikishvili.

The residents along the occupation line say they had a poor harvest this year with spring frosts destroying most of the crops.

“My husband also went to the forest to get firewood. He brought the news that the occupants had arrested our son and his friend. It's all the fault of the authorities. We are abandoned to our destiny. No one cares about us. They had gone to gather firewood for the house. If we had money or jobs, we would buy firewood and they would not have to struggle like that anymore,"  says Lia Melikishvili, mother of Zaza Melikishvili.

The locals say that the occupation regime periodically is further occupying the territories controlled by  Georgia.  One local says that they collected firewood last year from the area where the occupants detained their villagers.

"Where the occupiers have come over now is our controlled territory. Every year we bring firewood from there. I also brought it from there last year, but it seems that the Russian military wants to keep the population in fear from entering the forest and that is why they arrested these guys. Extreme poverty is spread in rural areas. If we are not allowed to enter the forest anymore, this means that we would freeze down all the winter round. We would not be able to buy firewood. Most of the residents here cannot afford this. The authorities recall our existence only when abductions take place. Before that, no one inquires about our situation, how we live and how we make it through the winter months. I do not know how we would survive through this winter, because I would not be able to buy firewood. We need heating here for at least 5 months and we do not have the means to buy firewood for GEL 2,000,"  says one of the locals.

Zaza Melikishvili and Valeri Gagnidze were detained for  24 hours at the pretrial detention facility of Tskhinvali. The occupation regime handed over both citizens to the Georgian side at the Ergneti checkpoint on October 29. Both citizens, released from illegal detention, voted in the second round of the mayoral elections of Khashuri Municipality on October 30. Residents along the occupation line say they will still have to go to a semi-occupied forest to bring firewood to make through the cold winter months, because they had no other choice even on October 28 when they went to gather firewood and became a target to the occupants.