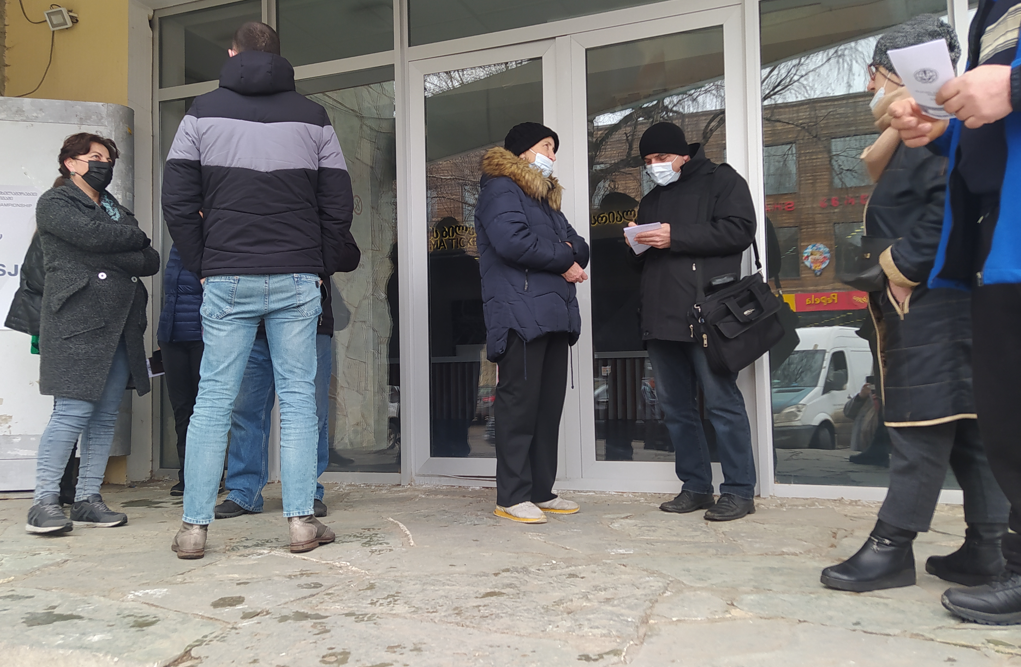 Human Rights Center continues legal aid and advocacy for the restitution of property and citizenship rights of the conflict affected ethnic Ossetian citizens.

On March 1, the HRC representatives met the ethnic Ossetian people living in Bakuriani.

The systemic problems related with the registration of lands, which the local families owned for decades, were identified during the meeting in Bakuriani.

The citizens recalled that in 1990s they became victims of intimidation from the nationalist and aggressive groups because of the ethnic conflict in South Ossetia. Therefore, they had to relocate abroad, mostly in the Russian Federation. Years later, when the situation became more or less stable, they returned to Bakuriani. During forced displacement and refugee years, they had abandoned their plots in Bakuriani and surrounding villages but having returned back to Georgia, they continued cultivation of the plots. Although they cultivated them for years and hold the property ownership documents issued in 1990s, they cannot register the plots in the Public Registration Agency now.

Human Rights Center believes that the State shall give priority to ethnic Ossetian people, who became victims of the 1990s ethnic conflict and register their lands with simplified method.

At the same time, as it was identified during the meeting, not only ethnic Ossetian people have problems to register their land in Bakuriani but Georgians too. The residents of Bakuriani generally complained about systemic problems that create obstacles for everybody equally, who received the land from the state in Bakuriani and surrounding villages in 1990s. However, the registration process is suspended or hindered in the PRA.

According to the assessment of the HRC, the hindered registration process in the PRA may be caused by the interest of development companies to purchase lands in Bakuriani and the senior government officials may stand behind those companies. Accordingly, the Government of Georgia is obliged to study possible corruptive risks and pass adequate decisions to protect legal interests of the citizens.