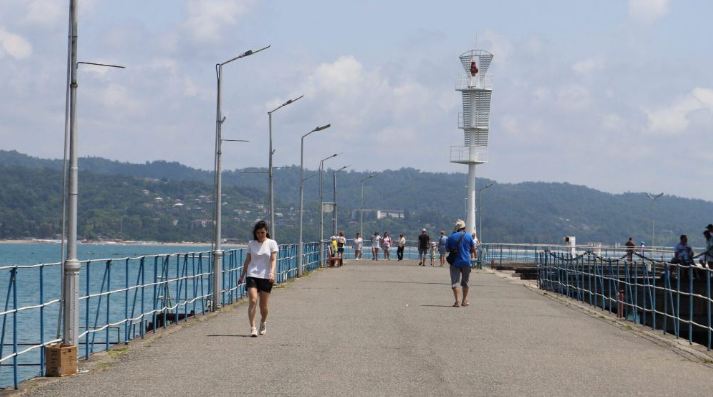 After the start of the Russia-Ukraine war, a perception appeared among the Georgian public that this war might be a turning point for resolving the conflicts in Georgia, provided Russia is completely defeated in the war and then withdraws from the region. However, the following questions are rarely asked: In case of the desired outcomes, whether the Georgian-Abkhazian and Georgian-Ossetian societies are ready for reconciliation, how much do they trust each other, and whether they have common aspirations?

People working on peace issues in Georgia speak at almost every formal or informal meeting that time is not working in favor of building trust and relationships between the societies.

One such recent meeting/conference, titled – Evaluation of Opportunities to Trust-Building based on Dealing with the Past was organized by the Human Rights Center in Tbilisi, where organizations and individual experts working for years on peace issues talked about the achievements and mistakes of the Georgian side in the process of reconciliation and trust-building following the armed conflicts of the 1990s, which brought the trust-building process between the parties to the conflict into a  stalemate and could not reduce the alienation between the communities. (Photo from the conference organized by Human Rights Center)

According to the organizers of the conference, it is necessary to re-evaluate the mistakes and achievements of the past 30 years in order to plan future, result-oriented actions both on the part of the state and – civil society organizations and representatives involved in the peace process. Finally, the experts agreed on the basic principles on which the process of dealing with the past should be based. What was the Georgian side doing and not doing for the reconciliation?

"If a comprehensive book can be written about the conflicts in Georgia, the title should be History of Missed Opportunities,” – this is how conflict expert and former State Minister for Reconciliation and Equality Paata Zakareishvili assesses the process of conflict resolution in Georgia during the last decades.

The civil society involved in the peace process blames every authority of Georgia ruling the country for the last 30 years for the failure to take sufficient steps towards real reconciliation with the Abkhazians and Ossetians.

"We have done very little to change things. It is time to re-evaluate the myths in which we live as a society. Discussions should be held in Georgian society without politicization – as to why alienation started and why we are still in this situation. The positive dynamics will not be possible without analyzing the rupture process. There are no shortcuts to reconciliation," – says Ucha Nanuashvili, head of the Democracy Research Institute [DRI].

From the point of view of ‘insufficient steps,’ experts working on conflict issues, first, talk about the uninvestigated tragic facts, which Abkhazians and Ossetians, as a rule, still mention in the context of the Georgian aggression, especially when marking the dates of these tragedies.

"For example, the tragedies of Lati, Eredvi, and Dzari were not investigated by the Georgian state. Accordingly, no one was punished for the acts. No matter how bitter and hard this would be, we need to talk about it so that similar crimes do not happen again. No government has ever expressed condolence to Abkhazians and Ossetians for these tragedies. However, there are examples in the world when joint investigative commissions are created for similar cases. Still, we have no such precedents in Georgia. At least at the community level, it is important to document these crimes. There should be a clear position on what we think about the crimes that took place years ago," – Ucha Nanuashvili states.

The fact that for years the political elite avoided and avoids even mere talking about such uncomfortable topics, the concept of critical dealing with the past has not become popular and let alone a need for the general public of Georgia.

"Every historical period allows us to take care and remedy the things we failed as we have made mistakes. Even today we can work on this. Even today it is possible to think about it, but does most of the society think about it? Let us release positive news towards these ethnic groups and you shall watch what kind of attacks and mudslinging there would be," – says Naira Bepieva, chairperson of the Caucasian Mosaic organization, editor of the Ossetian-language website of the Public Broadcaster.

Against the background of different opinions among the population, the non-governmental sector working on peace issues and individual experts, working over the years mainly – with the support of Western funds for the trust-building and the transformation of conflicts, - believe that dealing with the past and assuming one’s responsibilities is a single right way to do in the current situation.

"Dealing with the past is relatively a new concept in our reality. This process is the cornerstone of reconciliation. Dealing with the past does not mean forgetting it. On the contrary, we must know the past so that it does not occur again. Being aware of the past means being focused on the future. In our case, the process of dealing with the past is more of a problematic political process, which requires the involvement of the civil and academic society, the study of history, and the determination of the truth," – states Vano Abramashvili, researcher, head of the Peace Program of the Caucasian House.

Speaking about the results of the non-governmental sector's work over the years, experts name several areas, including: – issues of increasing the accessibility of archival materials, writing personal biographies of those affected by the conflict on both sides [Berghof-Foundation's Historical Dialogue of the Georgian-Abkhazian Conflict], studying the conflict sensitivity as presented in the textbooks, etc.

Ucha Nanuashvili also talks about the activities taken by the civil sector towards reconciliation, which, in his opinion, changed the attitudes of the society to a certain extent.

“There have been many peace initiatives [such as the 2007 Sorry Campaign] to change public perceptions over the years. There were also messages directed towards reconciliation. We aimed to try to look at our contributions from another perspective, to ask questions about how we ended up with a war, why we could not prevent it, and why we could not resist what happened years ago, which in turn was preceded by other events, alienation, impunity. The situation has practically not changed. However, society has grown. If years ago, the public was only talking about regaining the territory of Abkhazia, now it is also talking about the need to regain the people there as well. Even in parallel to the debate on the war in Ukraine, practically no one, no public or political force supported the calls to make the use of the created situation [meaning to gain back the occupied territories through armed conflict]. The whole society is now inclined towards the peaceful settlement of conflicts. This is a positive dynamic," – Ucha Nanuashvili states.

The fact that the unilateral steps taken by the Georgian side to trust-building and reconciliation would not bring comprehensive outcomes to the peace process also remains a topic of discussion.

"Sometimes we are lost in the discussion and overlook the real politics, while the authorities always refer to the factor of Russia. Meanwhile, my colleagues leave the Russian factor aside and we talk about trust. When we talk about missed opportunities, the question arises, what if we had done things differently? Would Russian policy change? Our activity will always depend on the Russian factor to some extent. Will Russia allow our offered hand to reach our citizens exactly as we want? Should we exclude the Russian side from the discussions?" – asks Nato Bachiashvili, chairperson of the International Center for Geopolitical Studies.

The Russian factor in the process of reconciliation is not ignored by the conflict experts. "Russia is present everywhere – both as a supplier of weapons and instigator. Russia remains a party, but tomorrow or the day after tomorrow there will be no Russian Army and we will have to talk with Abkhazians and Ossetians, for which we must create a depoliticized field. We will have to talk about the redefinition of the past, human rights, legal problems, and not only freedom of movement," – Ucha Nanuashvili states.

"From the first days when the conflict began in the post-Soviet space, unfortunately, we were not ready to protect the interests of the Abkhazian and Ossetian communities. It is painful for me to acknowledge our failure to make them feel that being with Georgia is better for them than being under protection of Russian imperialism. This is the main challenge that continues to this day," – says former Minister for Reconciliation Paata Zakareishvili.

Experts involved in the peace-building process say that everything ultimately comes down to the will of the authorities; – although the rhetoric is changing, the policy as a whole is being continued under its own inertia.

In this regard, the civil sector reminds the authorities of the 2010 State Policy Strategy for Engagement and Reconciliation and asserts that the State does not take into account the opinion of Abkhazians and Ossetians even when developing similar documents.

"At least one person from the other side should participate in the preparation of such documents. The State has no answer for many things. Georgian politics does not go beyond calls for brotherhood,” – Nanuashvili states.

At what stage is the strategic review of the 2010 State Policy for Engagement and Reconciliation and whether Abkhazians and Ossetians participate in it? We asked the Ministry for Reconciliation, which did not answer the second question.

"Coordinated by the Office of the State Minister for Reconciliation, a strategic review of the 2010 State Policy for Engagement and Reconciliation was launched in April 2021, which is part of a broader process coordinated by the Ministry of Foreign Affairs to develop a renewed strategic vision for peaceful resolution of conflicts representing one of its depoliticized, people-oriented dimensions. At this stage of the strategic review, the representatives of strategic partners –in the European Union and the United States of America are being consulted," – the Ministry responded to Netgazeti in writing.

Speaking about new opportunities for the transformation of conflicts, the non-governmental sector names the European integration of Georgia as first priority believing that the Georgian state should make the European perspective and the perspective of receiving education and travel in EU countries interesting for Abkhazians and Ossetians.

"Georgia is seen as a window to Europe. However, irrespective of how often we call on them –to come along as we are going towards Europe if we are not going to build European institutions if we do not carry out the homework to make Georgia attractive, the results will not arrive," – says Marina Paghava, representative of the Caucasian Dialogue Foundation.

In the recommendations developed by the organizations and experts working on the issues of peace in Georgia, we are talking about the obstacles that have made the country so far unattractive to either the Abkhazians or the Ossetians. – "From the political, social, economic point of view, the situation is not getting any better, rather it is gaining features of an even deeper crisis, which makes the possibilities of conflict resolution even more difficult in the near future."

The publication was prepared within the project – Facilitating the Dialogue between Tbilisi, Sukhumi, and Tskhinvali about Trust-Building and Dealing with the Past in Georgian Society implemented by HRC with the support of the ifa (Institut für Auslandsbeziehungen) funding program zivik under the German Ministry of Foreign Affairs. The views expressed in the articles may not necessarily represent the views of the donor.