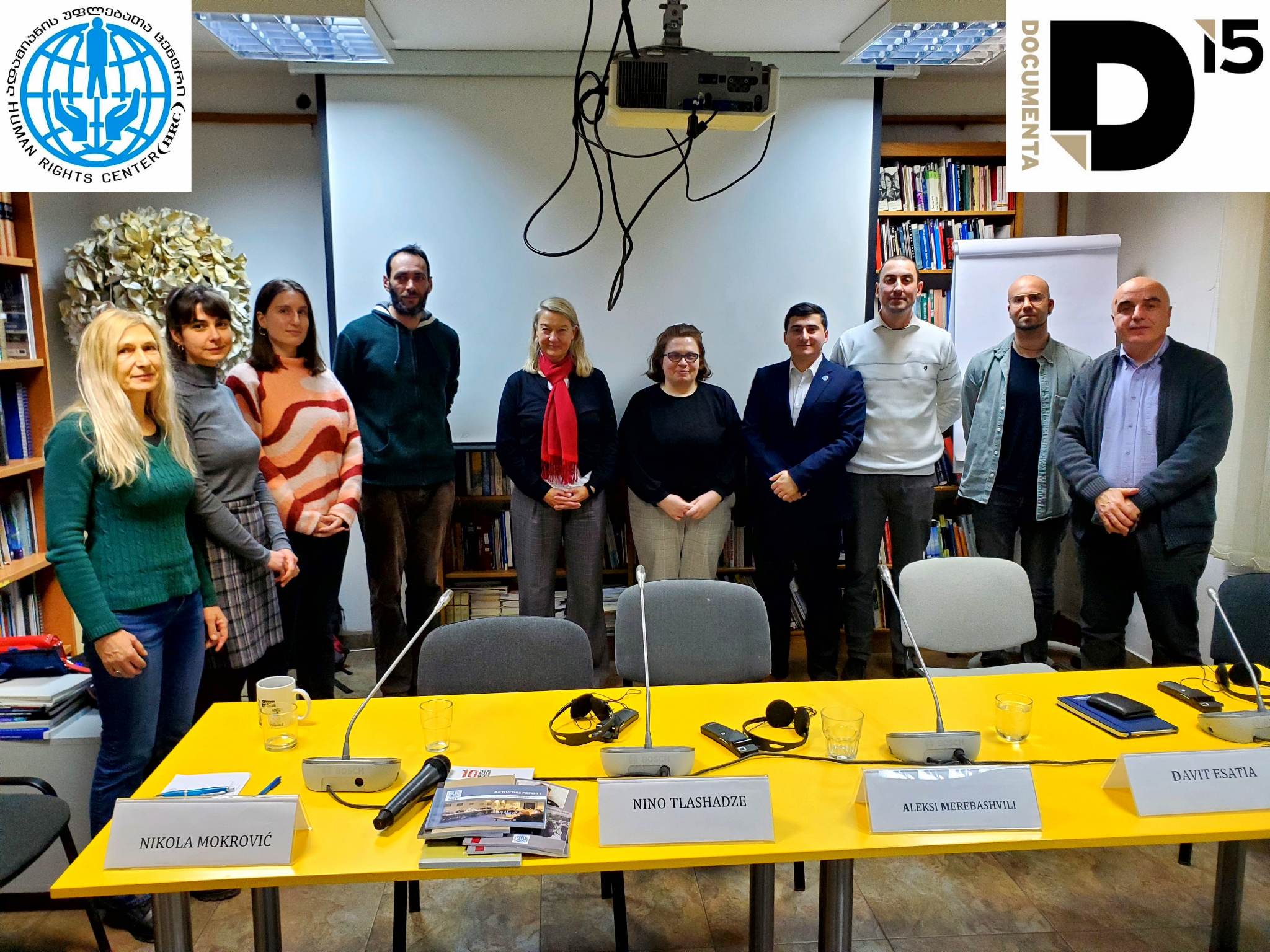 On December 8, a study visit of HRC representatives was completed in Croatia held within the project supported by the Human Rights House Foundation.

HRC was hosted by Documenta which is a member organization of Human Rights House Zagreb.

The main topics of the study visit were transitional justice, transformation of conflicts, documentation of war crimes and dealing with the past.

On December 5, a meeting was held at Human Rights House Zagreb where Documenta representatives spoke about extensive experience of documenting the war crimes from the war of 90’s in Croatia and that of dealing with the past.

On December 6, the visit continued in the city of Vukovar, which was one of the main epicenters of the war of 90's. The visit of HRC representatives to Memorial Center of the Homeland War coincided with the visit of Croatian children being on study tour in the same centre. The purpose of the Memorial Center is to provide the public and especially young people with information about the struggle of Croatia for independence.

On the same day, HRC representatives met the head of organization Delfin in the city of Pakrac who works on the issues of dialogue and peace facilitation in Western Slavonia. Pakrac was unique in the sense that even during active hostilities, with the support of the United Nations, volunteers from many countries around the world arrived and assisted the local population in restoring the city and strengthening civil activism and peace building.

On December 7, HRC representatives met in Pakrac a representative of the Diocese of the Serbian Church, who spoke about the consequences of the confrontation between the Croatian and Serbian peoples and the current situation.

In the evening HRC representatives and the Georgia’s Youth Ambassador to the United Nations, Davit Esatia participated in the round table, at the office of Human Rights House Zagreb. They informed local human rights defenders and activists about the human rights situation in Georgia, challenges in the transitional justice process and reforms needed to bring the country back to the European family.