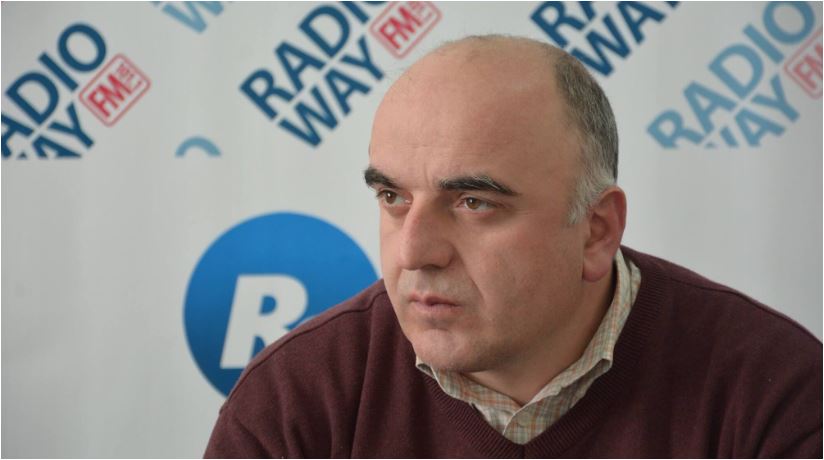 What has the war launched in Ukraine changed and what possibilities this created for solving or transforming the domestic conflicts of Georgia? What are the experts involved in the process of restoring the trust and peacebuilding doing in Georgia? Where is the key to solving Georgian conflicts? Aleko Tskitishvili, Executive Director of Human Rights Center speaks with Netgazeti about these and other issues.

-    The war in Ukraine which created new realities in the South Caucasus region, has brought discussion in Georgian, Abkhazian and Ossetian societies on the possible outcomes of conflict resolution. On the background of defeat of Russia in Ukraine, the Georgian side, especially in social networks, more often talks about the inevitability of "returning their territories". Meanwhile, Abkhazian and Ossetian societies are more actively discussing the threats. In your opinion, do Abkhazians and Ossetians have grounds for fear, or the de facto governments are manipulating the issue?

-    The brutal attack of the Russian Federation on Ukraine and the crimes of war committed by Russia following the military intervention, showed to the whole world that the evil empire is still alive, with its imperial, inhuman aspirations, and plans. The above war also showed the 2008 Russo-Georgian war in a new light and if someone had questions and doubts, he/she would now understand Russia's role and goals in this war. The recent decision by the International Criminal Court in Hague also confirmed that in 2008 the crimes were committed on the territory of South Ossetia by Russia and de facto authorities ruled by Russia.

As for the resolution of the conflicts on the territory of Georgia inspired in 90’s and afterwards by Russia, there have been many possibilities for Georgian State, government, and society to agree on the peaceful ways of solving these conflicts and to begin a real, intensive dialogue with Abkhazians and Ossetians - "the parties" as conflict experts refer to them and also the official documents use this term.

However, when one has to get down to business, our diplomacy and dialogue are exhausted with ineffective and unfruitful negotiations with the single party i.e., with Russia with no prospects of finalizing the talks. The Abkhazian and Ossetian parties are excluded from these negotiations. By all means, the logic is clear: the de facto authorities of Abkhazia and South Ossetia are under Russian influence and do not enjoy legitimacy in legal terms; however, under such a logic, we should not talk to Russia as we accuse them of international crimes and we do not have diplomatic relations with Russia, more so, Russia is directly interested in stealing the time by such negotiations, so the conflicts would never be resolved.

The successful repel by Ukraine of the Russian attacks and the expected collapse of Russia opens a new window of opportunities and in this situation now we have to start a real dialogue with Abkhazians and Ossetians. If Russia is defeated and the empire will eventually collapse, Georgia should prepare for direct dialogue with Abkhazians and Ossetians and for freeing the occupied territories from Russia.

Unfortunately, there is still a strong position in the Georgian society "to get back things with arms that were lost with arms." Such a militaristic rhetoric directly contradicts the idea of resolving the conflicts by peaceful means which the Georgian government is actively voicing in recent years, but it can be said that nothing is done in this direction.

There was a discussion in social networks about retake of the "territories" through an armed attack and this path unfortunately has supporters including among Georgian politicians. Also, such calls were heard from the representatives of the Ukrainian authorities. Our Ukrainian friends compare Georgian situation with their situation where the enemy is clearly Russia as an aggressor and the task of de-occupation of the Ukrainian territories is evident. In Georgia, the case is not that simple, because through Russian instigations Georgian State has conflicts with its citizens - Abkhazians and Ossetians ... Consequently, we cannot expel them or make them disappear from the country. Under such realities, Abkhazians and Ossetians actually have fears as, on the one, hand the pro-war rhetoric is strong making them fear that Georgia would "occupy" these territories with the army, and on the other hand, no one is talking with them telling them what would happen when Russia is defeated, and the de-occupation of Abkhazia and South Ossetia would be on agenda and how all this would happen.

-    The peace agenda, Georgian-Abkhazian dialogue for peace, meetings on "dealing with the past” that has been going on for many years thanks to conflict experts, seems to be in less harmony with the public attitudes that probably ultimately create the state policy on the issues of conflict settlement? Would this small expert circle be enough for the country not to think about a war?

-    Georgian-Abkhazian and Georgian Ossetian and trilateral (Georgian-Abkhazian-Ossetian) dialogue for peace is being carried out with financial support of international institutions, friend countries and various donor organizations. This dialogue has a long history, but the circle of participants is really limited.  Human Rights Center, as well as other organizations who work on transformation of conflicts, restoration of trust and reconciliation, try to involve as much public as possible in these meetings, but ultimately, the results of this dialogue are felt to the least extent and thus we need to mobilize more resources, involve more public.

In this process the main word must be said by the Georgian authorities who have to plan well how the State would gain the results and such dialogue would not be in vain.  Let us compare the annual budget of the Ministry of Defense with the Office of the Minister for Reconciliation and Civic Equality. It is generally more than ten times less.

Certainly, providing defense and security is expensive for the state budget and the annual costs are logical, especially due to the threats after the war in Ukraine. At the same time, the process of reconciliation and confidence building is not "cheap" either and the disbalance in the budget shows why the reconciliation process is going on so slowly and in fact only with the support of international partners, friends, and donor organizations.

-    Dialogue for peace does not have any alternatives. On the other hand, in the region and elsewhere, we are witnessing the precedents of regaining the territories by military means which makes a part of population feel that the military means rather than peace talks would bring a victory. What do you think about this?

-    Talking about solving the conflicts in Georgia through military means shows that we learn nothing from the lessons of the past.  In turn, this is related to the problem that we failed to deal with and assess the past.

A new war would only deepen the conflict, bring new blood and dead people after which the opposing societies would have to start from the very beginning the work on restoration of trust and reconciliation. Therefore, Georgia has to act according to its own history and current needs of the opposing communities.

-    Your organization - Human Rights Center - along with other issues actively works in the direction of confidence building and Reconciliation, which involves closed meetings between the parties. Could you tell us who are the people participating in this process? What are the issues you talk about, and what results do these meetings bring in the short or long term? [Often, the public has a feeling that such meetings would bring nothing after all].

-    This dialogue is a very sophisticated process and at the same time has a long history counting many years. Generally, we as organizations participating in such closed meetings try to talk with our partners from Abkhazia and South Ossetia about the issues related to the common problems of our societies. We are trying to deal less with the issues that are to be resolved by politicians and diplomats. Even more so as we usually meet representatives of civil society.

Under one of the recent projects of Human Rights Center was prepared a report- Legal Analysis of the Process of Property Restitution and Restoration of Citizenship to Ethnic Ossetians affected by the Conflict, 2022. The report analyzes the process of granting Georgian citizenship to ethnic Ossetians and the problems associated with the property restitution. We have shared the above report with South Ossetian civil activists at one of such closed meetings.  Thus, notwithstanding a harsh debate at the meeting, we could hear their positions on the issue of restitution. Obviously, the conversation touched upon the property restitution for Georgians who were forced to be displaced from the territory of South Ossetia and we heard what our Ossetian colleagues think about this.

A significant statement bringing positive emotions to me was made by one of the participants of the meeting that Georgians should return to their homes and the discussion about this should take place also in South Ossetia. The mentioned meeting also revealed that there is a lack of involvement of politicians in the dialogue. Further, we could see that Georgian authorities do not have a consistent plan regarding the important issue such as the property restitution to the conflict affected population; there is no vision regarding the ways of implementation of the process and regarding the manner the State has to fulfill the obligations undertaken before the Council of Europe.

This is why the current project which is implemented by HRC , with the support of German Federal Foreign Office's foundation ifa (Institut für Auslandsbeziehungen), funding program zivik, involves Kai Brand-Jacobsen, the President and Director of the Department of Peace Operations of the Romanian Peace Institute - PATRIR, the senior international expert in mediation and peace processes.  It would have been good if the government had thought about the involvement of mediators of this level earlier.

Moreover, the project envisages participation of government officials in the closed meetings where they can immediately hear the opinions of the representatives of the Abkhazian and South Ossetian civil society organizations regarding the transformation of the conflict, trust building and reconciliation process.

-    During the conferences held by your organisation in Tbilisi on reconciliation and trust building, setting up of a coalition was mentioned.  At what stage is this process and why is the need for its creation?

-    This process is not easy either, since we as organizations working on reconciliation and confidence building have our problems: we carry out separately important projects, we have a systematic relations and cooperation with Abkhazian and Ossetian colleagues, but due to the closed format of this cooperation, we cannot share information in full with the public. That is why we cannot ensure involvement of the public in the process.

It is necessary to unite the forces and create a unified platform through which we could act more actively in a consolidated manner and the outcomes would be more tangible. The idea of creating a platform already exists and we work at this stage to make it real. At the same time, one of the priority tasks is to make the public deal with the past in a right way that would create a possibility for restoring the trust.

-    If you look at Georgian conflicts from the observer's perspective, where is the key for solving them?

-    The key to the conflict is in Tbilisi. We must see that so called negotiations with Russia are futile and we must try to talk directly to Abkhazians and Ossetians, with whom we are living for centuries in one country, and we are going to live together in the future.

The publication was prepared within the project “Support to confidence-building between Tbilisi, Sukhum/i and Tskhinval/i and Promotion Dealing with Past Dialogue within the Georgian Society” implemented by HRC with the support of with the support of the German Federal Foreign Office’s funds by ifa (Institut für Auslandsbeziehungen), Funding programme zivik”. The views expressed in the article may not necessarily represent the views of the donor.