Prisoner Threatened to Be Taken to Morgue 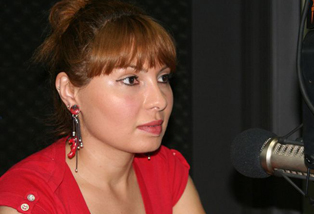 Head of the Human Rights Center’s Legal Clinic Nino Andriashvili has been defending the rights of the convicted Rudik Ovakimyan for several years already and she speaks about torture and inhuman treatment of the prisoner.

Because of negligence and inattention from the prison administration health conditions of the convicted person with tuberculosis worsened. Currently, he is in Tbilisi Jail Hospital # 8 where he cannot take proper medical treatment. Moreover, he is under permanent oppression.

Nino Andriashvili, the Human Rights Center: “On August 30 I visited the prisoner who asked me for help to move to a different institution. He said the personnel intimidate him in hospital # 8. So, he has to stop medical treatment and return to Rustavi Prison # 17 where he served his term. Rudvik Ovakimyan was brought to the jail hospital on August 4. The medical personnel started his intimidation from the very first day. The prisoner told me: in the middle of August he was feeling very bad. One day, a nurse was measuring his blood pressure, when the head of security service Giorgi Avsanjishvili entered and asked the nurse to leave the prisoner alone because he did not deserve treatment and attention. Avsanjishvili forbade Ovakimyan to use card, phone, and bathroom in the hospital; he also banned him to walk in the fresh air. “Are you writing complaints about me? Good! You will be taken directly to the morgue from here,” Avsanjishvili threatened him. Afterwards, the convicted wrote complaints to various institutions – penitentiary department, the Human Rights Center and the Public Defender’s Office. However, he was not allowed to send any complaint; according to local practice, prisoners cannot send complaints from that institution. When I heard his story, I decided to get his explanation letter. I asked for pen and paper but although the administration did not refuse me to give them, I received nothing. I was meeting the prisoner in a special room and the personnel member was opening the door every five minute and checking us. So, I felt insulted as a lawyer and the protested the fact with one of them. However, he replied me rudely. “Well, I will open and look into the room as many times as I want and you will not forbid it me.” Then we were asked to move to the room for rendezvous that was incredible for me. They clarified that another lawyer was meeting second prisoner in the same room. However, I clearly know that on that day the only permit on entrance was issued only on me. In fact, they did not allow me to speak with the prisoner and get explanation letter from him.

On the second day, on August 31st I visited the medical department now with a pen and a paper. The prisoner wrote the explanation. Then we were forced to move to another room, this time to the guardroom. I have no idea why. I had problems while taking the explanation note out of the department. Though the lawyers are never searched after coming out from the department, I was searched. Then they looked through my work materials and seized the explanation note of Rudik Ovakimiani. Of course I asked them why they were doing so. They just said that I did not have right to take explanation note. I called the lawyer of Human Rights Center Eka Kobesashvili and asked her to let the Security Department know about this fact. The Department never reacted. Then we called the Ministry of Penitentiary where they showed interest and redirected us to the hot line of the Ministry. However, they did not answer either. Irritated by all this, I tore the explanation note apart. Surprisingly one of the authoritative figures came in after I tore the paper and said that I had right to take out the explanation note. I was shocked. I was allowed to take the document only after I tore it apart. So I tried to take the torn pieces of paper. I thought I would glue them together and use it this way. But this time they refused to let me take the torn pieces of paper. This was an intentional action not to let me take the explanation note out of the department,” – stated Nino Andriashvili.

Nino Andriashvili states that life and health of Rudik Ovakimiani might be endangered. The administration of medical department persecutes him and threatens to destroy him. “If you do not stop writing complaints, you will be transferred to morgue from here,” – stated the head of the department Giorgi Avsajanishvili.

At 14:00 of September 5th a press conference will be held at Human Rights Center on the facts of torture and inhuman treatment of the prisoner Rudik Ovakimiani.

Nino Andriashvili already addressed the relevant bodies to react on the fact of oppression of prisoner and lawyer.