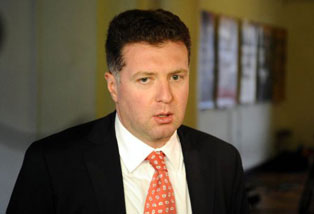 Public Defender of Georgia has published National Prevention Mechanism Special Report.
It describes the results of the monitoring in penitentiary establishments and temporary detention isolators carried out over the first half of 2011. According to the Report, the rate of mortality among prisoners has increased and inmates are still ill-treated in custodies.

The Special Report of the Public Defender was published on December 13. It relied on the findings revealed during about 400 visits of the representatives of the Department of Prevention and Monitoring of the Public Defender’s Office with the status of the National Prevention Mechanism in the detention settings of the penitentiary system and the MIA.

Public Defender Giorgi Tugushi said the ill-treatment remains the most significant problem of the penitentiary system: “Physical assault of inmates and various facts of inhuman and ill-treatment of the prisoners is still urgent. I would like to underline that the facts were revealed during the report period in several detention settings of the penitentiary system. Among them are: Ksani prison # 15, Jail hospital and Gldani prison # 8.”

Convicted Mikheil I served his term in Gldani Prison # 8 whom the members of the special prevention group met on September 5, 2011 in the jail hospital # 18. The prisoner told them he was systematically beaten in the Gldani Prison # 8. “During our visit, Mikheil I had injuries. Next day, medical expert of the prevention group was sent to the jail hospital who had to examine the injuries. However, the convicted said he did not remember what he had told the representatives of the Public Defender because of his psychiatric problems and asked the doctor not to pay attention to his previous statement. He said he did not need the assistance of the Public Defender.”

The Georgian Young Lawyers’ Association (GYLA) also reports about mistreatment of prisoners. GYLA is also involved in the monitoring group of the Prevention National Mechanism and in addition to that, their legal aid center assists the prisoners. Nino Gobronidze from GYLA said convicted Kakhaber B was also targeted to torture and inhuman treatment when he was taken to jail hospital # 18 from Rustavi Prison # 17.

“He suffered from pains; he requested doctor’s assistance and painkillers. Consequently, he was taken to the prosectorium and ruthlessly beaten there because of his complaining. He was compelled to take off clothes and was placed under cold-water cannon. He was threatened with rape,” Nino Gobronidze told the Radio Liberty.

According to the Report, despite several positive changes, prisoners still do not have access to qualified medical service that is considered to be key reason for the increased rate of mortality among prisoners as the human rights defenders allege. The Ombudsman said it is alarming that in the first half of 2010 56 prisoners died in custodies while their number increased up to 77 in the first half of 2011.

The total number of prisoners has not changed; so it is clear that the problems from 2010 were not properly analyzed and addressed. Half of cases are still related with tuberculosis. In addition to that, most part of medical conclusions demonstrated that the illness was not identified while the prisoner was alive. There was a case of a female prisoner, who died and we doubt her disease was not timely identified; otherwise it was possible to help her,” Giorgi Tugushi told the Radio Liberty.

Giorgi Tugushi said several custodies are still overcrowded that resulted from the negligence of several recommendations of the European Prevention Committee. According to the recommendation, at least 4 sq. meters should be allocated for each inmate; however in Georgia the space is still 2 sq. meters.

Additionally, it is clarified that prisoners with psychiatric problems are in particularly poor conditions. Very often prison personnel give tranquilizers to them and use methods of physical suppress.

Head of Rehabilitation Center for Torture Victims “Empathy” Mariam Jishkariani tried to clarify the complicated situation in the penitentiary system: “There is problem of non-professionalism and structural, corporative desire not to implement reform in the field. The main reason is poor professionalism and disability! Governmental institutions shall address to the problem on higher level.”

The Ministry of Corrections and Legal Aid does not share the critic of their opponents. As a rule, they avoid speaking about problems; for example Minister Khatuna Kalmakhelidze left the report presentation earlier and made superficial comment. The Minister believes reforms are successfully implemented in her institution.

A month ago Khatuna Kalmakhelidze said when she was guiding Estonian delegation in the penitentiary institutions: “We have such a perfect conditions in the penitentiary system that we can show them to an EU member state Estonia. It is a huge achievement for us.”