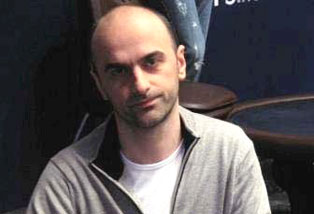 Who is Levan Karamanishvili new owner of 90% of Rustavi 2 and Mze companies? 40-year-old Karamanishvili besides being a famous poker player (he participated in the tournament Russian Poker Series 2011 held in kiev), is a relative of businessman Gia Karamanishvili, close friend of President Saakashvili.

“My friend Gia Karamanishvili had four houses built by his ancestors in Gagra, Sokhumi, Bichvinta and Ochamchire. When Gia Karamanishvili is given back all of his houses and is given right to participate in the elections, then we can talk about the legality of these elections,“ – President Saakashvili responded to the so-called Presidential elections conducted in Abkhazia in 2005.

It seems like Levan Karamanishvili has rather big experience of working in communication sphere i.e. he and businessman Revaz Sharangia are the members of Russian company Mobitel the same as Beeline.

Name of brother Sharangias like Karamanishvilis is connected to many large business companies in Georgia such as Caucasus Online. The owners of these companies, however, are the companies officially registered in the offshore zones.

The owners of the broadcasting companies Rustavi 2 and TV Company Mze were also registered in the offshore zone up until now. However, the Parliament adopted the legislative amendments according to which it became prohibited to own broadcasting license for the persons registered in the offshore zones and on the other hand, all broadcasters became obliged to fill in the declaration and make information about the founders and owners public.

Information about the owners of Rustavi 2 and Mze companies has already been disclosed. The general director of TV Company Rustavi 2 Giorgi Gegeshidze owns 10% of the company and Levan Karamanishvili – 90%.

According to information of public registry, the registration of new owners of Rustavi 2 and Mze took place on December 6th of current year. Earlier, the company registered in the Virginia Islands Dagson Limited owned 70% in Rustavi 2 and 55% in Mze. Ltd Holding Industrial Group of Georgia owned 30% in Rustavi 2 and 45% in Mze.

As for the Holding Industrial Group of Georgia, company Ltd Chemex International registered in Marshall Islands owns its 100% share.

On December 6th of 2011, Giorgi Gegeshidze, a representative of Dagson Limited made an agreement with his own persona on purchase of 10-10% shares of Rustavi 2 and Mze. However, the agreement does not indicate the amount of payment.

On the same day was signed another agreement on purchase of 45% share of Dagson Limited in Mze and 20% share in Rustavi 2 by Levan Karamanishvili.

On December 6th the agreement was made between Ltd Chemex International (representative Ramaz Beridze) and Levan Karamanishvili that the latter bought 30% share in Rustavi 2 and 45% in Mze. However, it is unknown for how much.

The owner of 10-10% of Rustavi 2 and Mze Giorgi Gegeshidze is a business-partner of head of National Commission of Communications of Georgia Irakli Chikovani. They jointly own the companies like Magi Style, Magi Style Media, Bedegi and others.

On the photo: Levan Karamanishvili