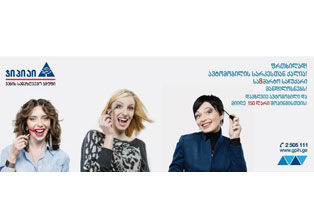 “Watch out! A Woman is driving!” March 8 advertising event of the Insurance Company “GPI Holding” caused serious protest. Part of customers found the advertising banner of the event as sexist. The ad with a woman with smashed lipstick offers insurance to customers.

The discussion was initially launched on the official Facebook webpage of the GPI Holding and then protest photos appeared in the social network.

On one of the photos a man is putting lipstick on the woman. The woman has her eye bruised and there is script under the photo: “GPI Holding – You Are Protected!”