Law to Punish Everybody 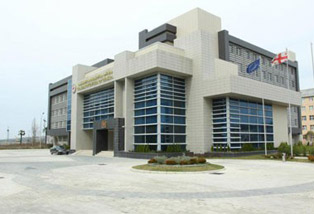 The laws adopted by the Government of Georgia quite often cause discontent among citizens but the Law on Political Unions of Citizens has caused particularly serious discontent within Georgian civil society. Civic organizations initiated a campaign under the name “It Affects You” against the new provision in the law; very soon a record number of over 200 organizations joined the campaign in Georgia. Despite harsh civic protest, the government put the new law into practice and a new, specially designed service office within the State Audit Company [Chamber of Control]  took action against opposition political parties and citizens somehow affiliated with them.

The majority of the Parliament of Georgia passed amendments to the Organic Law about Political Unions of Citizens just before New Year’s Eve on December 28, 2011. Onward, during the sessions of December 28-30, they also adopted the Law of Georgia on Personal Data Protection and about Operative-Investigative Activities which also caused serious concern among Georgian NGOs. The most significant is that relevant amendments were introduced to the Criminal Code of Georgia which made the punishments for similar offences stricter.

For example, according to one of the amendments to the Criminal Code of Georgia, “offering, promising and giving money, services or other benefit of any kind directly or indirectly “for political purposes” or making any sham deals “for the purpose of evading restrictions” set by the law shall be punished with a fine or imprisonment for up to three years.” A legal entity, somehow involved in the abovementioned violation shall be punished by “liquidation”.

The Law Exclusively for Opposition Parties

During committee sessions, opposition political parties were extremely critical about suggested draft-laws of particular public importance. The parliamentary majority of the National Movement [ruling party] chose New Year’s Eve to pass the amendments at the second and third sessions knowing full well that opposition parties would have less time to protest the changes during the holiday season. Initially, opposition political parties and some NGOs released one or two protest statements and later on the protests increased.

In February 2012, Georgia-based non-governmental and media organizations launched the campaign “It Affects You”.On February 16, campaign member organizations gathered in the Hotel Courtyard Marriot and signed a special petition to protest the new laws. The petition was forwarded to about one hundred international and diplomat organizations together with alternative legislative proposals, urgently prepared within the framework of the Campaign and based on a well-grounded analysis of the enacted law. On February 17, all those documents were handed to the Parliament of Georgia. Informational booklets and video were also prepared  as part of the Campaign.

The petition, which by now has been signed by over 200 organizations, states: “Realizing the significance of fair and free elections, we, representatives of the NGO and media sector of Georgia find categorically inadmissible the legislative changes adopted in December of 2011 which: Restrict civil activism, property rights, freedom of expression and political activity and hinder democratic development; impose severe and unfair responsibility on the voters; grant indefinite and unconstitutional authorities to the main controller of the financing of political parties – Control Chamber of Georgia; create serious threats for every citizen as well as civil society, including media; worsen the election environment. Considering the abovementioned, we request to adopt changes in the election legislation.”

On February 23, campaign member organizations distributed informational booklets in several cities of Georgia including the capital in an effort to inform the public on how the new laws restrict their rights. Raising public awareness is of high importance during this election year, particularly when the pre-election campaign has already started and few doubt that the parliamentary majority passed these laws to hamper their main political opponent- billionaire Bidzina Ivanishvili and his coalition of opposition political parties.

It is interesting to note that for the first time in the history of independent Georgia, the Organic Law of Georgia about Political Unions of Georgia imposes criminal liability not only on political parties but also on ordinary voters if “bribery occurs.” In addition, legal entities somehow linked with political parties, including foundations, might be punished under the law for charity activities. These provisions create many awkward and curious situations under the new law. For example, before new regulations appeared in the law, the entire population of Sachkhere district [the native district of Mr. Ivanishvili] received much aid from Ivanishvili’s charity foundation, including insurance policies. After Ivanishvili declared his political aims and the Parliament introduced special restrictions through the new provisions  outlined above, Sachkhere district residents cannot enjoy their insurance policies.

MP Levan Vepkhvadze noted that the new law hindered activities of the Netherlands Institute for Multiparty Democracy (NIMD) and Konrad-Adenauer Stiftung (KAS) because their activities in Georgia are also regulated by the Georgian law and any new provisions in it directly impact their activities. In respond to his statement, head of KAS Mission in Georgia Dr. Canan Atilgan clarified in her interview with the Georgian news agency Pirveli that “Article 25 and 26 of the Georgian Law about Political Unions are obscure that gives ground to misinterpretation and might hinder activities of both local and international organizations; however, the Foundation does not intend to stop its activities at this stage.”

Due to restrictions in activities of international organizations the situation became so awkward that the chairman of the parliament, Davit Bakradze, had to make special clarifications about the amendments during the bureau session on March 5. The Law about Political Unions will not restrict any activities of NGOs. As for the international organizations who cooperate with political parties and care for their institutional and democratic development, they were never restricted before. Simultaneously, the parliament chair admitted that the law must be further improved and promised that special and clear notes will be added to the law with regard to international organizations. “Our purpose is to remove all question marks,” he said.

The protest campaign “It Affects You” eventually widened and the representatives of the Parliamentary Majority had to start negotiations with the civil society. Chair of the legal committee of the Parliament Pavle Kublashvili met the campaign representatives several times and expressed readiness to revise several provisions in the law. On March 13, the head of the Chamber of Control Levan Bezhashvili met with NGO representatives. During the meeting, they discussed legislative proposals on the perfection of the Law about Political Unions of Citizens.

Chamber of Control or Political Police?

Kublashvili and Bezhashvili have yet to introduce positive changes to the law, and already the adopted provisions have inspired very unpredictable circumstances.

Based on the Law about Political Unions of Citizens, on January 3 (as soon as New Year holidays officially ended) Chairman of the Chamber of Control of Georgia, Levan Bezhashvili, and President of the National Bank, Giorgi Kadagidze, signed a cooperation memorandum to help the State Audit Company “to estimate the correctness of data provided by political parties.” Simultaneously, the party funding monitoring service started operating under the Chamber of Control, its function being to monitor financial activities of political parties; former prosecutor Natia Mogeladze was appointed to the position of the head of the Service.

Physical persons also became targets of the Chamber of Control’s crackdown together with legal authorities. On March 12, people directly or indirectly linked to opposition political parties were simultaneously summoned to district administrations’ offices to present receipts.” Afterwards, the citizens concerned recalled being rudely searched at the district administration buildings and once in the office they were interrogated and warned about supporting opposition political parties. Georgian Young Lawyers’ Association (GYLA) released a statement protesting the search of citizens. According to the GYLA, security officers of the Chokhatauri district administration searched the summoned citizens and their lawyers from the GYLA with particularly strict methods when they arrived at the office – all three lawyers were requested to take off shoes and clothes and stated that the procedure was carried out in an insulting manner. On March 12, the Chamber of Control carried out similar mass interrogations in almost every region of Georgia. The forms of interrogation were particularly alarming in Guria, Samegrelo, Kakheti and Shida Kartli regions.

It is interesting that Pavle Kublashvili of the Law Committee of the Parliament claims that “the Venice Commission and Council of Europe recommended to make the Chamber of Control more active.” Kublashvili called the information about mass interrogation of people in the regions of Georgia “exaggerated”.

It is interesting that adoption of scandalous law was followed by another scandal. Reportedly, after the Venice Commission welcomed the draft-law, the parliamentary majority introduced additional amendments to the law. Law expert Mindia Ugrekhelidze thinks the amendments introduced to the Law of Georgia on Political Unions of Citizens have nothing to do with the recommendations of the Council of Europe and particularly of the Venice Commission. Ugrekhelidze thinks "it was malicious misinterpretation of their proposals.”

Recent activities of the State Audit Company and the Government of Georgia in general cause serious concern for the civil society of Georgia, international organizations and diplomatic corps. US Ambassador to Georgia John Bass stated in a comment posted on his facebook account:  “Concerned about the controversy surrounding the Chamber of Control's recent activities. The lack of clear guidelines regarding its work to implement campaign finance legislation will not increase public confidence in this institution or in a competitive campaign environment.” On March 16, the Public Defender’s Office released a statement announcing that they have launched proceedings in connection with alleged violations of the rights of members of political parties and journalists.