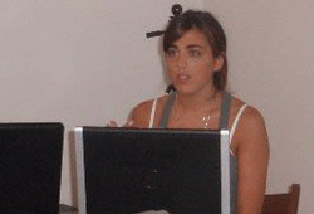 Family violence remains to be a serious problem in many states. This is not a problem of only poor and politically unstable countries. Victims of violence live in the developed world as well though they are more protected by laws of these countries.

Numerous international organizations are working on the eradication of family or other type of violence. Often these kinds of organizations form unions and international networks to join their efforts. These kinds of unions are - The U.S. National Network To End Domestic Violence (http://www.nnedv.org/) and Global Network of Women’s Shelters (http://www.gnws.org/). By their organization, from February 27th till March 1st, second international conference on women’s shelters was held in Washington. Approximately 1600 people from 96 states attended the conference. 280 people spoke at the conference including the representative of Union Safari Ana Zhghenti who attended the conference in Washington by program financing of sponsors (Avon, Allstate and Verizon).

Different topics were discussed for four days. The main goal of these kinds of meetings and discussions is helping victims of violence, trafficking and other crimes, as well as exchanging and sharing news, most effective and popular methods and social, legal and psycho-medical help in this direction.

The theme of the representative of union Sapari Ana Zghenti was “Trauma of War and Family Violence”; what is psycho trauma, concretely what kind of impact war trauma has on family violence and what kind of impact violence has on its victims in Georgia from 90ies till today. Ana Zhghenti also talked about the case of young Georgian woman – a victim of family violence - who lived in Gori in 2008 during the explosions. Georgian speaker showed short documentary by Salome Jashi Speechless on the theme of war.

Union Safari has been working on the problems of victims of violence and torture for years. Organization has a small shelter which helps sufferers both in terms of social and psycho-medical help as well as legal consultations. The address of shelter is confidential to create secure environment for patients. Woman from Gori who Ana Zhghenti talked about also addressed Sapari for help.

At the conference in Washington Ana Zghenti shared the experience of Sapari and work methods as well. The men working in this sphere also attended the meetings which is a rare occasion according to Ana Zhghenti. These meetings discussed topics of inclusion of men in the work of eradication of these problems and how important it is to arouse their interest.

Princess of Denmark who is also interested in the problems of victims of violence and who has her own foundation helping women also attended the second international conference. Bill Clinton ex-President of USA made a speech at one of the meetings. Gloria Gaynor with a famous hit song I Will Survive closed the conference.

On the photo: Ana Zghenti