How To Assist a Prisoner Who Has Been on Hunger-Strike for Over Month?! 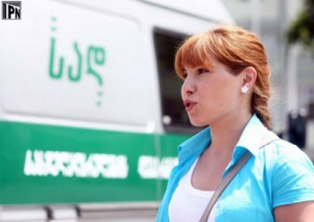 Penitentiary system still remains one of the most problematic fields in Georgia. I think, the main problem about the system is various forms of ill-treatment and inadequate medical service in penitentiary settings. These circumstances result into high mortality among prisoners in custodies.

The Human Rights Center was involved in many cases where the convicted got ill because of inadequate and ill-treatment in the penitentiary setting and in several cases it ended with their death. Nowadays, there are many prisoners whose health conditions require particular attention in order to avoid tragic results.

This time, I would like to focus on health conditions of the prisoner Nana Tkhelidze, who serves her term in Prison # 5 for Female Prisoners. She has been on hunger-strike for 37 days already (since March 28) to protest negligence of her problems. Public Defender’s representative and representatives of the General Inspection of the Chief Prosecutor’s Office visited her in the custody. However, the prison personnel still do not pay attention to her.

The Human Rights Center protects Nana Tkhelidze’s rights. On February 10, 2012 Ultrasound scan in Gudushauri Hospital showed that Nana Tkhelidze had myoma of 20 millimeters in the womb; on March 9, the Ultrasound scan in the National Cancer Center showed that the size of the myoma had increased up to 30 mm. It is clear that the size of the knot is increasing; the prisoner takes medicines but scientists have proved that treatment of myomatic knots by medicines speeds up growth of the tissue.

According to the convicted, she suffers from bleeding and pains that is characteristic for fibromatic knots. Sometimes, the bleeding lasts for a long time. The medical history and conducted analysis prove the prisoner’s statement about her health conditions.

It is noteworthy that myomatic knot presses neighboring organs. Fibro-myoma of the womb is often accompanied by following diseases – endometrial hyperplasia, polypus, endometrioses, hypertrophy of uterus and pseudo-erosion.

Today, the health conditions of the prisoner must be properly examined in order to avoid myoma’s transformation into cancer and to estimate whether it requires surgical operation.  The medical personnel agree that the sick woman must be operated but nobody does it in practice: besides that, there is another problem – the convicted woman is afraid of being operated in the jail hospital. The facts of aggravated health conditions as a follow up of operations conducted in jail hospital reinforce this fear.

The state institutions shall acknowledge that analyzes and consultations with various doctors are not enough to improve the patient’s health conditions. Moreover, Nana Tkhelidze’s medical documents demonstrate that she must take adequate and complete medical treatment.

On April 2 I petitioned to the penitentiary department regarding the issue and they forwarded the petition to the Ministry of Corrections and Legal Aid of Georgia. I requested the department to conduct complete and proper medical analysis for the convicted Nana Tkhelidze and to provide her with relevant medical treatment to ensure her complete recovery.

The prisoner continues her hunger-strike claiming she does not care how she will die – of hunger or of illness.