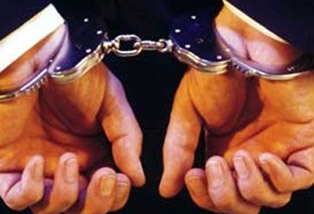 Lately, the Human Rights Center got interested in Anzor Kokoladze’s case. The prisoner alleges he is victim of persecution by the former head of the Financial Police and then former defense minister Davit Kezerasvhili. According to Kokoladze, a group of people linked with Kezerashvili got hold of his company Elit-Eletronics.

Anzor Kokoladze blames the TBC-Bank too in cooperation with the government and alleges that his rivals managed to get hold of the Elit-Electronics with the support of the TBC-Bank.

The Human Rights Center does not know the position of the TBC-Bank on the issue. We could find only their short clarifications about the fact. For example, according to the information spread by the newspaper Resoance, when commenting on Anzro Kokoladze’s detention, TBC-Bank’s representative said:  “New management of the Elit-Electronics plan rapid and effective anti-crisis program to restitute the Company’s strong financial positions in the market. It can be achieved by introducing credit banks –Bank of Georgia, TBC-Bank and Respublika Bank in the company and their direct participation in its management. The new management will attract new investments that are necessary for farther development of the Company. Both Georgian and foreign banks will attract those investments.”

Additionally, according to another statement of the TBC Bank, credit banks offered Anzor Kokoladze to occupy the position of the chairman of the Board of Supervisors in the Company, to receive 25% of its shares and to purchase full 100% of the Company after he covers all the debts; however, Anzor Kokoladze declined the proposal.

Before the Human Rights Center studies the case in details and expresses its position with regard to the fact, humanrights.ge is publishing the interview with Anzor Kokoladze, who answered our questions in written form from prison.

-It would be interesting for people to find out when and how Anzor Kokoladze launched his business? How was Elit Electronics established and when did it become a profitable business?

-I founded Elit Electronics in 1996 with only 200 lari. Initially, we sold audio-video cassettes out of a trading counter in Batumi Market. Eventually we developed the business further and in the same year we opened our first shop in Batumi, selling audio-video and household equipment.

-As a result of growing more and more by the day, the company turned into Elit Electronics in 2008 and became a leader in audio-video, household techniques, cell phones with 59 shops and over 4 000 directly or indirectly employed personnel. Elit Electronics was one of the fastest developing companies and paid 46 million lari to the state budget as income tax 2007-2008 alone. I am also proud of the many charity and educational projects which are connected to Elit Electronics.

-On April 4, 2004 the Investigation Service of the Georgian Revenue Department illegally launched an inspection of JSC Elit Electronics where my stake was 100%. Davit Kezerashvili was head of the Investigation Service. They groundlessly and illegally fined the company 14 145 845 lari. The Georgian Public Defender has published a report on the case, but nobody from the government has paid attention to it. The company appealed the illegal fine and the Council of the Ministry of Finances ruled 7 Million lari [out of a total of 14 million] as ungrounded. However, they did not rule on the other 7 million lari. Afterwards we appealed to the Court but both the City Court and the Appeals Court passed their judgments without considering the arguments of Elit Electronics’ finance and legal departments. The court did not change the remaining fine. In June of 2009 we appealed to the Supreme Court of Georgia; however, before the Court had scheduled the trial, TBC Bank illegally obtained the right to manage Elit Electronics. TBC Bank then proceeded to withdraw the lawsuit from the Supreme Court and refused to further appeal the initial judgment.

-In August of 2007, the manager of the company warehouse was arrested and in the same evening there was a fire in the warehouse. Was this incident investigated and what do you make of it?

-In 2007, parallel to the inspection by the Investigation Services, the state intentionally hindered the company’s activities and tried to weaken it. On August 24, 2007 they arrested three company employees including the warehouse manager. On the same night, a fire broke out in the central warehouse of JSC Elit Electronics under suspicious circumstances leading to damages that cost the company more than 11 million lari. Eight freight containers carrying various technology products were held by customs for one year. Now, I believe they intentionally hindered our activities in order to disrupt our talks with international financial corporations to attract investments. They also hindered an international audit of our company which was carried out by the audit company KPMG.

-When and how were you arrested and what is the status of your case in national courts? Do you intend to appeal to the European Court of Human Rights (ECHR) in Strasbourg?

-I was arrested on August 3, 2010. They charged me under Article 180 Part III –a, b and Article 362 Part II – b of the Criminal Code of Georgia – fraud and inciting forging of documents. In April of 2011 the court sentenced me to imprisonment for seven years and six months. The Supreme Court did not overrule the judgment. Now, the Georgian Young Lawyers Association (GYLA) is drafting an appeal to the ECHR in Strasbourg.

Later, on December 13, 2011 my family members – Malkhaz and Tengiz Nagervadzes, Levan Dumbadze – and I were charged with fraud and money laundering. The case is at the City Court. None of the accused pleads guilty and they are illegal prisoners.

My imprisonment and the accusations against me are not based on any crimes which I have committed. It is a continuation of the plan which started with the intentional hindering of Elite Electronics’ activities and ended with taking hold of the company, absurd accusations, and my imprisonment. They successfully removed me from my own business. Malkhaz Nagervadze, Tengiz Nagervadze and Levan Dumbadze were imprisoned to further oppress me. The authorities demanded that they testify against me. Now, my relatives are prisoners of their own honesty because they did not agree to give false testimony and preferred to go to prison instead.

-When did TBC Bank get involved in the management of the company as a share-holder?

- In 2008, Elit Electronics had a 15 million lari loan from TBC which was being paid off according to the initial agreement. By September of 2009 we had only 6 million lari left to pay of the total loan, which was also being paid in accordance with the loan agreement. However, with the active support and participation of the government, TBC bank illegally got hold of the management rights for Elit Electronics. Then they dismissed our management and breached the loan-payment schedule on purpose. Then, in secret, the Bank acquired the controlling stake in Elit Electronics for 116 000 lari. Initially, TBC Bank unlawfully got hold of the controlling stake and then sold it to the companies Elite Appliance and Universal Capital Group, run by Ioseb Mgeladze and Mikheil Beniamin - business partners of Davit Kezerashvili – for a symbolic sum. Finally, allegedly an Israeli company, Brimag Group, has become the owner of Elit Electronics. Everything has been done to cover up the real situation. In fact, the real owners of those companies [the buyers] are Mamuka Khazaradze [founder of TBC-bank] and Davit Kezerashvili [former Minister of Defense]; the government stands behind them.

-In 2009, according to Georgian law, Elit Electronics had to pay the disputed sum preliminarily regardless of the outcome of the trial. How would you evaluate this law and did it have an impact on this particular case?

-On August 10, 2009, legislative changes were introduced to the Tax Code of Georgia, more specifically in Article 148 which previously stated that tax-payers could continue their financial activities despite the fact a fine had been imposed on them. If the appeal was won in court, the companies could recover the money paid. At that time, the court was still discussing Elit Electronics’ case. The morning after the law was amended, the company’s accounts were sequestered. I doubt this particular amendment was introduced to the Tax Code only because of Elit Electronics. Either way, the company continued working. On August 21, they started withdrawing cash from branch offices and it practically stopped the functioning of the company. Here, the Tbilisi City Mayor Gigi Ugulava appeared on the scene; he did not wait for TBC Bank and met the employees of Elit Electronics who were protesting. The Mayor said that the Company had weak management and announced that banks will continue managing the company even though he had no idea about the management and the qualifications of the staff in general.

We did our best to keep the company working. Although a seven million lari fine was illegally imposed on us, we were ready to pay the fine over a three-year period. But they did not like it. We petitioned to the government and promised that we could

if they refrained from hindering our working.

But they did not consider our petition and continued their illegal and groundless struggle to get hold of Elit Electronics with the support of TBC Bank.

-How was Techno Boom founded?

-Techno-Boom was founded three months before my arrest. As you know, during TBC Bank’s special operation, Elite Electronics’ acting director was fired. 180 of the employees left the company together with me. They were high-qualified people who had contributed to the development of Elit Electronics. Although Tbilisi Mayor Gigi Ugulava prematurely blamed us for poor management, I don’t think my team had any problems founding a new company; they had already created Elit Electronics from nothing and made it into the largest appliances chain in Georgia.

Indeed, before long Techno-Boom succeeded to occupy a place in the competitive market. With the right strategy, the support of suppliers and society, Techno-Boom is one a successful company in the Georgian market despite many obstacles and the imprisonments of our team-members.

The Financial Police inspected Techno Boom but could not find any violation there. Our employees were summoned to the Financial Police for three months; they were threatened and compelled to testify against me. However no one agreed to give false testimony. Finally, they arrested Malkhaz Nagervadze, Tengiz Nagervadze and Levan Dumbadze to pressure me.

-What has happened with Elit Electronics since your team quit?

-Although I still own 15% of its shares, I have not received any financial data on the company despite many requests and the fact that they are obliged to provide me with the requested information. I have appealed to the court but Georgian courts only make decisions in favor of the current owners without any grounds and verifications. I released several statements where I explain the dishonest plan that was implemented by TBC Bank through the misuse of financial instruments and state power.

Initially, TBC Bank, based on their illegal deal with the government, got hold of the controlling stake in Elit Electronics and then transferred it to the companies Elite Appliance and Universal Capital Group, run by Ioseb Mgeladze and Mikheil Beniamin - business partners of Davit Kezerashvili – for a symbolic sum. Now, allegedly an Israeli company, Brimag Group, has become the owner of the company. Everything is done to cover up real situation. In fact, the real owners of those companies [the buyers] are Mamuka Khazaradze [founder of TBC Bank] and Davit Kezerashvili; the government stands behind them. My long-term imprisonment is also in their interest. However, I continue my struggle for justice from prison too and will use all national and international legal instruments, including the court in Strasbourg, to protect my rights.

-Did the prosecutor’s office offer you a plea-agreement, as usually happens in cases like yours?

-Today, a plea-agreement in my first case is out of the question because it was discussed in every instance of the Georgian judiciary system. In either case, plea-agreements are signed when the defendant pleads guilty to the crime. I should not be in prison and do not plead guilty.