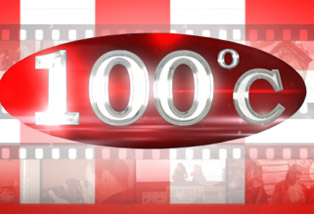 On April 20, 2012 – Friday the talk show „100 C” was broadcasted on TV Company Imedi. Teenager problems – namely the problems of Hardly upbringing generation – were the main topic of the show, as the authors interpreted. The program caused non-homogenous reaction because of its’ content and the quality of professionalism.

Media Development Foundation, MDF believes that alongside professional problems (superficiality, lack of information and knowledge about the issue, misbalance, misleading the audience by spreading unconfirmed and unchecked information, etc.) the program violated the Georgian Code of Conduct for Broadcasting by its’ content and the form of issue coverage – the licensed TV-Company is authorized to meet the Code requirements.

As the content and the form of the program makes us think that the creators (and probably – the large part of society) have little information about the code, we decided to stop and discuss in details on that articles of the Code of Conduct for Broadcasting, that according to the opinion of Media Development Foundation, MDF, were violated by the authors of the program and TV company Imedi. Namely:

Chapter III, Requirements to ensure accurate reporting that requires “Broadcasters shall take all reasonable steps to ensure that facts are accurate and sources of information reliable; Broadcasters shall provide reliable and accurate information, shall not report any untrue or misleading information”. – The coverage of youth subcultures was based on unreliable information, without any references on the source of origin of shown photo or video materials; The authors of the program connected the whole number of facts – assassination of pigeons or other animals to EMOs, Goths and other sub-cultural groups without any basis and evidences. They’ve generalized the issue that is specially prohibited by one more article of the code (see below);

TV company Imedi  ignored the requirement of source diversity and the principle of impartiality (Chapter IV. Article 15), that requires not to cover the debates based on personal attitude or opinion of the broadcaster. Broadcasters should ensure a balanced coverage of matters of political or other disagreements cross the series of programs. (the anchor himself and the invited guests referred the representatives of youth sub-culture as “Satanists”, people of “Black background” and etc; the comment of the psychologists that could clarify the content of  similar social groups and giving an explanation to youth joining to such groups was less than 5% of airtime of the program; the history of sub-cultural groups, social and psychological preconditions of their origin, and what’s most important – real content was not given by the program; invitation of three clergymen to the program finally misbalanced the content  (representatives of the Orthodox Church) as opponents of the young (underage) representatives of sub-cultural group. Thus, we believe the requirement of fair treatment was violated (Chapter V; Article 19).

We are curious whether the authors of the program in according to the Ethic Code which states that if a program participant is under eighteen, consent should be obtained from a parent, guardian or other person with primary responsibility for their care. We think the following requirement of the Code was also violated (Chapter V; Article 21): Where the views of a person or organization, not participating in the program, are represented in a program, this must be done in a fair manner. This requirement should especially be honored in a program discussing opposing views. (During the program the representatives of various sub-cultures were the issue for discussion without bringing the position of their majority);

The program also breached the right of an underage person by secret recording of the underage respondent whose voice was not changed, the correspondent named the characteristic appearance of the girl and published the photos of the girl and her underage friends. Other issues regarding the protection of juvenile rights were also violated (Chapter XI; Article 44). Namely, This article states that: “While respecting a child’s right to freedom of information and expression, broadcasters shall ensure physical, psychological and emotional welfare of minors involved in programmes irrespective of any consent given by a parent, guardian or carer while respecting their rights to freedom of expression and freedom to receive information”; - We remind you that TV broadcaster actually identified the teenagers canonized by itself as “Cat Killers” and “Satanists”. They spoke about the teenagers that are joined such groups have “Black backgrounds” and etc. In accordance there even wasn’t any attempt to “ensure physical, psychological and emotional welfare of minors”.

Chapter IX of the Code which guarantees respect of diversity, equality and tolerance, was completely breached. Namely:

Article 31. Principle of diversity, equality and tolerance: “Broadcasters shall refrain from publishing any material likely to incite hatred or intolerance on the grounds of race, language, gender, religious convictions, political opinions, ethnic origin, geographic location, or social background.” – The program demonstrated hatred, example of inciting intolerance towards youth subcultures. The program participants made completely ungrounded allegations as if similar groups in the west “kill children at the cemeteries”. And the anchor instead opposing their allegations not to establish similar stereotypes acted as a provocateur.

So, Article 32 of the same chapter was also violated: “Broadcasters shall respect the fundamental rights of freedom of opinion, conscience, belief and religion and avoid offending any ethnic, religious, cultural, or social groups.”

It should be noted that the program directly violated Article 33 of the Code of Conduct of Broadcaster that states, that:
“2. Broadcasters should avoid inaccurate and misleading statements regarding minorities and their social problems, should not promote stereotypes  or identify an individual’s ethnic origin or religious faith unless necessary; 3. . Broadcasters should avoid causing offence to any religious, ethnic or other groups by using, among others, certain terminology and images.  This does not prevent broadcasters from promoting informed and balanced discussions on intolerance or discrimination, or from reporting factual material or opinions prevalent in society.”

Bearing the above mentioned circumstances in mind, we believe that organizations working on media ethic issues and human rights defenders shall respond to this program. In addition, the Code of Conduct for Broadcasting gives an opportunity to the interested person to appeal against an issue. According to this motive non-governmental organizations are considered as “inappropriate applicants” by the GEC. We call upon the directly affected side of the program –juveniles, their parents and/or the representatives of concrete sub-cultural groups to appeal against the violation of their rights and the Code of Conduct for Broadcasting by the program. Media Development Foundation, MDF is offering assistance in the processes of preparation of the appeal and in other procedures.