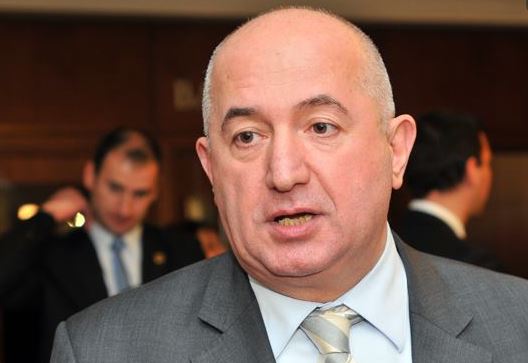 The President of Georgia, Salome Zurabishvili, pardoned Vadim Gobozov a few days before the transfer of Zaza Gakheladze to the Georgian side. Gobozov was handed over to the de facto government on July 13. The next day, the process continued with the release of Zaza Gakheladze.

Zaza Gakheladze made his first comment at the Ergneti checkpoint after his release. The Prime Minister of Georgia, Irakli Gharibashvili, arrived in Ergneti to meet him. Gakheladze thanked everyone who contributed to his release except the Russian authorities.

"I would not thank Russia as they abducted me from the territory controlled by Georgia" - Said Zaza Gakheladze.

However, the Russian Patriarch and the authorities were thanked by the Metropolitan of Gori and Ateni, bishop Andrew: „I would like to thank everyone who was involved in this process: The government of Georgia, international organizations, the Church of Georgia and immediately our Catholicos-Patriarch Ilia II. Further, I would add grateful words to the Russian side, which, of course, took into account this joint involvement, and the Ossetian side, which, so to speak, pardoned Zaza Gakheladze and returned him to his family.

Zaza Gakheladze was sentenced by the Tskhinvali de facto court to 12 years and 6 months in prison, but his release was made possible a year after his arrest. The negotiations have been stalemated several times during the year.

Regarding the release process of Zaza Gakheladze humanrights.ge contacted former State Minister for Reconciliation and Civic Equality Paata Zakareishvili. We offer an interview with the former Minister.

- How do you think, who deserves some credit for releasing Zaza Gakheladze: is this the authorities, the patriarchate, or was this a simple exchange of captives?
- We have both the elements of exchange and the involvement of the authorities and the Patriarchate, which brought the ultimate results. The situation became tense after Zaza Gakheladze's family raised the voice and began protests. This was followed by some actions of the government and the involvement of the Patriarchate in the process. I cannot say for sure that Gakheladze was exchanged for Gobozov, because even if there were no factor of Gobozov, I think Gakheladze would still have been released.

- What has the exchange of Gakheladze and Gobozov, in the broader view, changed in the Georgian-Ossetian relations? Has this deepened the crisis or has it simplified the cooperation on humanitarian issues?
- The episode of releasing Gakheladze and Gobozov could have been used as a step towards peace in Georgian-Ossetian relations, but this did not happen, as the Georgian authorities did not even mention any cooperation from the de facto authorities. It is possible that in the future we would have more 'Gakheladzes'. Therefore, the Georgian authorities should have appreciated the involvement of the Ossetian side, which was ultimately crucial. The Georgian authorities spoke cavernously, speaking only to themselves; as for Gobozov, they tried to conceal the fact of his release altogether. Our government does not mention the positive involvement of the de facto government of South Ossetia in the process of releasing Zaza Gakheladze. Anatoly Bibilov pardoned Gakheladze, without whom he could not have been released, so I think that the Georgian authorities missed a good moment to normalize relations between the Georgian and Ossetian sides.

- Given the fact that Irakli Bebua and Genadi Bestaev remain in illegal detentions, what leverage should the Georgian authorities use which they are not yet using? Don't you think that the open letter of the Georgian Patriarch to the Russian Patriarch was rather selective, as he was asking for help only in the release of Zaza Gakheladze and mentioned nothing about Bebua and Bestaev?
- Unfortunately, our experience from 2016 was not used by the Georgian authorities, they should have asked the Patriarchate to mention not only Gakheladze, but also Genadi Bestaev, who is in Tskhinvali prison, and Irakli Bebua, who is under custody in Abkhazia, in the letter of the Georgian Patriarch addressed to the Russian patriarch asking to free Gakheladze. This was an action aimed at short-term goals. It is very unfortunate that the Georgian authorities did not make the right calculations and did not start working towards the results of larger scale than a release of a single person.