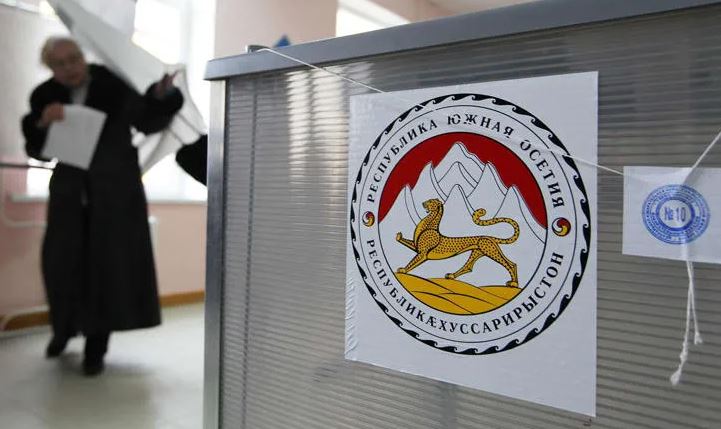 On April 10, 2022 so-called presidential election was held in the breakaway region of Georgia – South Ossetia. In accordance with the international law, the results of this election are illegitimate. However, the main intrigue is that the Russia-backed candidate, acting de-facto president Anatoly Bibilov was defeated in the first round of the elections and in the second round his rival will be the opposition candidate Alan Gagloev. Before elections, Bibilov stated that after elections he planned to hold referendum in South Ossetia to vote on joining the Russian Federation.

Georgia, once again faced a threat that Russia may invade the “Republic of South Ossetia,” which was first occupied as a result of 2008 military intervention and then recognized as independent state. In this way, Russia, in fact, will occupy the historical part of Georgia that will be culmination of the years-long purposeful criminal activities of the aggressor country.

How realistic can the annexation of South Ossetia/Tskhinvali region by Russia be for Georgia? Part of experts believe that in parallel to the war in Ukraine, unleashing the conflict in Georgia will bring additional problems for Russia and at this stage it cannot be within the interests of Russia to occupy the territory of South Ossetia.

Conflict scientist and former state minister for reconciliation and civic equality Paata Zakareishvili said that holding referendum in the entire territory of South Ossetia is a threat but it will not be ideal option for Russia if the referendum is really held and the occupied region will decide to join Russia. Russia uses this topic to blackmail Georgia.

“I think, by activating this topic, Russia empowers the Georgian Dream, whose position is “not to irritate Russia” and stay loyal. The message to the society is the following – as they plan the referendum, silence, caution and pliable position of the GD towards Russia is justified. Therefore, Russia prefers that the referendum was not held at all, or if it is held, the Ossetian people must not vote for joining Russia because with the annexation of the region they will harm their factual ally in Georgia – the Georgian Dream government. Annexation of South Ossetia will cause huge turmoil in Georgia that may result into early elections and end of the Georgian Dream governance in the country. So, annexation is more problematic for Russia than recognition of the South Ossetia’s independence. In this case, Russia will not be able to continue trading with and blackmailing Georgia like they did when the independence of the breakaway region was recognized – it is a topic of trading because Russia can annul the recognition any time. In case of annexation, the territory will join the Russian Federation and it will be impossible to change later. As a result, entire Georgian population will go into the street against annexation and nobody will stop people. Then, Russia will not be able to find a ruler [in Georgia], who will justify this annexation. Today, South Ossetia is factually already part of Russia and why does Russia need to legalize it with annexation?! I am not an idealist and do not think that anybody understands the logic of Putin but trading and blackmailing with Georgia is more effective for Russia than real annexation,” Paata Zakareishvili said.

The project director at Human Rights Center Ucha Nanuashvili also spoke about irrationality of the Russia’s decisions. He said it is difficult to predict what Russia will decide and how. For example, it is unrealistic and I do not expect it happen but as we are speaking about unpredictable psychopath – Putin, and as he is losing the war in Ukraine and Russian army is surrendering there, he may decide to invade South Ossetia and declare it as a victory of Russia in front of its population. Therefore, the Government of Georgia and the society shall be ready for any possible scenario.

Ucha Nanuashvili believes that the recent decisions of the de-facto government of South Ossetia were not acceptable for the citizens living in the occupied territory either and it was reflected in the results of the so-called presidential elections. The society protested sending Ossetian soldiers to fight in Ukraine. Anti-war proclamations were disseminated in the streets of Tskhinvali that is a rare case under current regime.

“The statements to join Russia, via referendum, were periodically made in Tskhinvali during past decades. It was the number one topic in the program of the de-facto president Bibilov but nothing happened. During the pre-election campaign, Bibilov needed to raise this topic again to gain non-conditional support from the Kremlin. At the same time, he wanted to underline his faith to resolve the problems accumulated in Tskhinvali. On the other hand, it will not be useful for Russia to complicate the relations with Georgia and therefore Bibilov and his ideas, among them referendum, most probably, will not be interesting after the so-called second round of elections,” Ucha Nanuashvili said.

Chairman of the Civil Forum Zurab Bendianishvili recalled the so-called 2014 presidential elections in non-recognized South Ossetia, which was won by Anatoly Bibilov under the slogan of joining Russia and for more cogency he called United Ossetia to his political party as an analogy to the Putin’s political party United Russia: “Bibilov raised the issue of referendum first in 2014 He won the next presidential elections in 2017 with the same method. We may say that Bibilov, who is not very popular in the local society, managed to keep the position of the de-facto president with his appellation to join Russia. He raised the same topic during 2022 presidential elections too but now he went further and established the referendum commission. The leaders of the Northern Caucasian Republics and southern regions of Russia, Russian senators and members of the state duma attended the session of the commission three days before the election day. Moscow seemed to officially support Bibilov’s candidature in the elections as well as the idea of referendum. However, it could not affect the opinion of the Ossetian voters and although the second round will be held, the results of the first round showed that Bibilov lost the elections.”

Zurab Bendianishvili paid attention to the paradoxical idea of the separatist leader – Anatoly Bibilov was asking the voters to vote for him and instead promised them to annul the “statehood of South Ossetia and institute of the president” after elections. Among many other factors, it could become the reason of his defeat.

It is interesting that in 1992, during the military controversy with the Georgian side, the separatist government held referendum on independence and joining Russia in one part of the territory of the former autonomous oblast of South Ossetia; 97% and 99% of voters voted positively. Therefore, many people in Tskhinvali think that new referendum is not necessary and that the population has already demonstrated its will.

Paata Zakareishvili said, the silence of the Government of Georgia during Russia’s invasion and bloody war in Ukraine cannot ensure prevention of the annexation of the occupied territories. He said that it is a pity that the GoG does not speak about de-occupation at all and no longer requests withdrawal of the Russian military forces from South Ossetia: “Speaking about the de-occupation and execution of the agreement has stopped. Russia signed the August 12, 2008 ceasefire agreement and is obliged to execute it. The Paragraph 5 of the agreement states that Russia shall withdraw its armies from the occupied territory. It is acting agreement but has not been enforced by Russia. Now we no longer speak about it shamefully and unfortunately. But, the entire world speaks about it. In the past, we also spoke about that but now we are silent. It is one of the most effective mechanisms and leverages to tell the world that nowadays, when Ukraine is about to sign the agreement with Russia, what are the guarantees that Russia will implement it?! As it does not implement its obligations under the 2008 agreement!”

The entire attention of the Russian authority is now focused on Ukraine and has little time for the occupied territories. During the ongoing Russia-Ukraine war, the Georgian society is particularly emotional with regard to the threat of annexation of South Ossetia. The war directly affected the people living in the occupied territories. The experts state that Bibilov’s defeat in the first round of the so-called presidential elections was caused by forced recruitment of the local militaries to the war in Ukraine. Another form of the protest was that about Ossetian 300 soldiers sent from the Russian military base to fight in Ukraine returned home few days later that might be evaluated as desertion. In reality, this fact showed that Ossetians do not blindly obey the occupation regime. It means there are still resources to restore trust. Therefore, both the Government of Georgia and civil society shall actively try to have intensive dialogue with the people living in the occupied territory and even with the de-facto government and to share European perspectives with them.