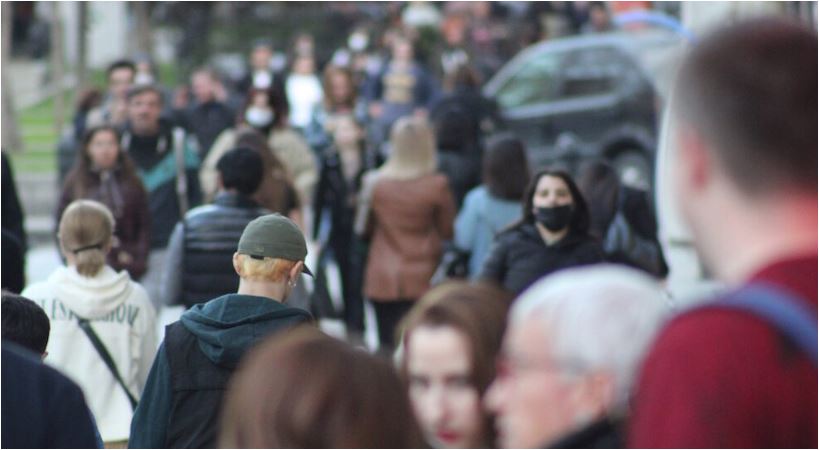 "Are direct negotiations with Abkhazians possible? - No, they are not!” This statement was made on December 16, 2022, by the first Vice-Speaker of the Parliament Gia Volsky speaking from the rostrum. Views of the experts working on the issues of conflicts and members of Georgian authorities differ regarding the "direct dialogue" between Georgian-Abkhazian and Georgian-Ossetian parties. How the format of the dialogue with the conflicting parties is perceived by different stakeholders and what Georgian authorities are afraid of?

Up to the date, the only format involving the dialogue between the parties is the "Geneva International Discussions", launched since 2008 [August War]. However, Russia also participates in the process.

"I was involved in politics, and I do not understand how a person involved in politics being a minister can carry out a "depoliticized dialogue?" If me and you were to hold such a dialogue, it would be fine. Certainly, de facto governments are parties to the conflict. Why are we afraid of saying some simple words? Yes, we should talk about politics. Alternatively, how are they going to implement the peace policy with a depoliticized dialogue?” asks the conflict expert and the former State Minister for Reconciliation and Civic Equality, Paata Zakareishvili, speaking with Netgazeti.

However, some years ago, instead of the term "de-politicized dialogue", the authorities employed the terms of "dialogue", "meaningful dialogue" or "direct dialogue" in the statements addressed to Abkhazians and Ossetians.

"We are ready to give a fresh impetus to a depoliticized dialogue between the members of by-the-war-divided society based on common interests focusing on the aim of improving the humanitarian, legal and socio-economic situation of the local population," said the state minister for Reconciliation and Equality, Tea Akhvlediani on December 16, 2022, speaking in the Parliament about the activities of the Office of the State Minister.

Further, a year earlier, the concept of “depoliticized” was rarely noticeable in the speeches of the same Minister and even earlier in the speeches of the previous Minister Ketevan Tsikhelashvili: “We believe the dialogue is one of the key components and determinants of our reconciliation policy.  By all means we have to note our support and readiness to expand the existing dialogue to the humanitarian and human rights issues i.e., to the issues of common interests that would be directed to the wellbeing of the population,” Tea Akhvlediani said in December 2020 speaking from the rostrum in the Parliament.

The former Minister Ketevan Tsikhelashvili who always spoke about the need for a "direct dialogue" had to clarify for media several times that by "direct dialogue" she meant a dialogue only with Abkhazian and Ossetian societies and not with the de facto governments.

"We are talking [about the dialogue] with Abkhazians and Ossetians, with the public in general, with the people with whom we may imagine living in the future and constructing the future," she claimed in 2018.
However, the direct dialogue with Abkhazians and Ossetians was mentioned several times also by the Prime Minister Bidzina Ivanishvili himself as soon as he came to power.

"Tbilisi is ready for a direct dialogue with the Abkhazian and Ossetian brothers and Georgia must find strength to forgive them and admit own mistakes," stated then Prime Minister Bidzina Ivanishvili in 2013 at the event in commemoration of five years of the August War with Russia.

As for the even earlier periods, conflict experts recall that after the end of the hot phase of the War and before 2008 there were some formats of dialogue that provided opportunities for regular talks between the parties without discussing the status issue, such were, for example, Schleining Process [2000-2007], where only Georgian and Abkhazian politicians, officials and experts participated without involvement of Russia or international organizations as third parties.

"Are the direct negotiations possible?”

"Are direct negotiations with Abkhazians possible? No, they are not! - The strategic plan Russia pursues does not envisage the dialogue between us and Abkhazians, between us and Ossetians of Tskhinvali region!"- this is the statement made by the first Vice-Speaker of the Parliament Gia Volsky speaking from the rostrum when hearing the report by Tea Akhvlediani, the State Minister for Reconciliation on December 16, 2022; the statement is characterized as awful by the conflict expert, the former State Minister for Reconciliation, Paata Zakareishvili.

"This is an awful and terrible statement. This means that Russia manages our processes, and that Georgia does take any role anywhere in the process. Even if he really thinks so, it is wrong to state such things. The more so since this is not true. This statement means that we do not have any resources to conduct a dialogue as Russia does not consider such a dialogue for us; this is a declaration of incapacity of the country and submission that we are nothing,” Paata Zakareishvili assesses the statement by Volsky.

Further, Zakareishvili brings some statements made by Abkhazian party admitting the need for the direct dialogue with Georgians which was left without an adequate response from Tbilisi.

"Time goes by and we have to settle relations. I think we can start such a dialogue with Georgia now, "stated in 2018 former Prime Minister of the de facto Republic of Abkhazia, former Foreign Minister, and current Secretary of de facto Security Council Sergei Shamba.

Nearly until 2021, some other statements were released from Sokhumi regarding the need of a direct dialogue with the Georgian party beyond the Geneva format.  The Abkhazian side inserted a paragraph referring to the need of having a dialogue with Tbilisi in the new Strategy of Foreign Policy, however, later the provision was removed.

The Georgian side failed to provide clear and explicit response to any of the Sokhumi initiatives. Moreover, when Grigol Liluashvili, Head of the State Security Service hold a speech in the Parliament about the direct dialogue with Abkhazians and Ossetians when presenting the SSS 2020 Annual Report, he noted that it was necessary to be cautious when having a dialogue with them: "Recently, talks about the need of direct dialogue with Abkhazian and Ossetian brothers became very popular. Certainly, by all means this is right. We must talk to them. However, we should be cautious that in such negotiations we are not left alone against each other and the force which actually carries out the effective control over these territories avoids the responsibility."

Why is direct dialogue needed: what do conflict experts think?

"The current situation makes it possible to make some changes in relation to conflicts and in my opinion, the representatives of Tbilisi authorities should talk to the representatives of the de facto government. When, how and under what conditions is a matter of discussion and agreement,” says Nino Kalandarishvili, Chairperson of the Institute for the Study of Nationalism and Conflicts speaking to Netgazeti.
Nino Kalandarishvili believes that some preliminary-work and backroom dealings are necessary for such a dialogue.

"Moreover, the issue of official positions of the participants comes to the foreground, meaning the official status of Abkhazian and Ossetian participants. By no means should their status and official name of the format for the meeting create an illusion of recognition. It would be optimal to introduce them as parties to the conflict. At the meeting itself and after the meeting... it is of utmost importance - to what extent the meetings can be disclosed to the respective societies? Both the Georgian and Abkhazian and Ossetian parties should not only be able to list the key issues they have observed and assessed as a must for discussions, but they should be ready to consider the gains other party to receive and understand the needs of other parties.  Otherwise, such meetings would be just meetings for the sake of meetings and an illusion of working on the conflict. However, an illusion and simulation may be better than inactivity and immobility,” says Nino Kalandarishvili.

Conflict researcher Vano Abramashvili speaks about the single option of the dialogue, but at the same time notes the unreadiness of the parties to hold a political dialogue:  "A direct dialogue between Tbilisi and Sokhumi and Tbilisi and Tskhinvali is necessary, but it should be a meaningful dialogue focused on specific issues and not a formal one, so not to lose the gravity. Taking into consideration the existing reality, I do not think any party is ready for this moment to publicly launch a political dialogue. Therefore, I believe a sectoral dialogue would be more efficient, showing afterwards whether there is a space for a broader political consensus. We as a non-governmental sector are always ready to prepare space for the direct dialogue."

Since we have received refusals from the authorities in the Ministry of Foreign Affairs and the Office of the Minister for Reconciliation and Civic Equality to respond to the questions of "direct dialogue", we had to ask the same the conflict experts: What is the government afraid of when rejecting the idea of a direct dialogue?

"I think the government's approach not to engage in a direct dialogue is linked with an attempt not to reduce the role of Russia.  However, I do not agree with the opinion that the direct dialogue would diminish Russia's role. We have to separate these two topics because our conflicts have several dimensions: Russian-Georgian, Georgian-Abkhazian and Georgian-Ossetian. Even if Russia abandons the region, the problems with Abkhazians and Ossetians would remain. Our experience shows that windows of opportunity are being opened and closed and we have to take the chances. Today, when the role of Russia is evident to the Western world, we can be even more bold and engage in active talks with the other side,” says Eliko Bendeliani, representative of the Institute for the Study of Nationalism and Conflicts.

The former Minister for Reconciliation Paata Zakareishvili also speaks about the necessity of bold steps: "Unfortunately, it is a fact that the government overtly denies the situation and hence the chances. What is expected from such actions? This is the main question of mine to the Georgian side. The result is a deadlock. It is necessary to have at least one meeting be it even in the neighboring states where they can travel with Russian passports."

The former Minister is convinced that the direct dialogue is not yet late: "I am certain that Abkhazians are still ready today for a direct dialogue. More so after the war in Ukraine which even clearly showed their vulnerability. Against the backdrop of Russia being under attack, [Abkhazians] will also receive strikes, first of all, in economic terms. Therefore, this is the right time to start talks with them. And if we do not talk to them, this means we completely surrender them to Russia, we reject them once again to be destined to live under the aegis of Russia. Georgian side, however, rules out talks with them, which is the theatre of the absurd: if you meet them in Geneva with Russia, why should not you meet them separately? All the more so as we all know that Abkhazians and Ossetians speak in a different manner when without Russians. Even without Europeans, their rhetoric and behavior are changing."

Notwithstanding the opinion by field experts calling on Tbilisi to take effective steps in parallel with the statements to start direct communication with the parties, the experience shows that we cannot expect the authorities take into account the opinion of the civil sector.

The publication was prepared within the project “Support to confidence-building between Tbilisi, Sukhumi and Tskhinvali and Promotion Dealing with Past Dialogue within the Georgian Society” implemented by HRC with the support of with the support of the German Federal Foreign Office’s funds by ifa (Institut für Auslandsbeziehungen), Funding programme zivik”. The views expressed in the article may not necessarily represent the views of the donor.