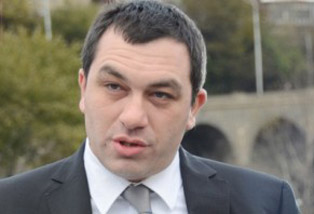 Government officials called the information on the creation of paramilitary groups in western Georgia ‘delirium’ and did not refrain from making cynical remarks toward Alasania. Moreover, the National Security Council (NSC) stated that the information provided by Alasania was not serious, proceeded to add an ironic introduction to the documents provided by the Free Democrats leader and uploaded it to the NSC website.

Nevertheless, it is debatable whose action was less serious –the opposition leader providing authorities with an extensive list of names, warning them about a possible threat in the country, or the National Security Council making the information public within a day without checking it first.

The government claims that reservist groups are being created in the Samegrelo region for the defense of the country and for the protection of national interests, reminding everybody that 20% of the territories are occupied. However, the government has not commented on the provided list and explained why people with criminal records and a history of having participated in civil controversies are on the list together with the Ministry of Defense (MoD) and Ministry of Internal Affairs (MIA.

On March 20, Irakli Alasania petitioned the National Security Council. On the same day, Giorgi Gibradze, Director of the Defense and Security Policy Department of the NSC, provided clarifying statements on the issue. Gibradze described a new type of reserve army with two directions: first, reserve of the obligatory infantry; and second, voluntary territorial defense reserve. The latter is staffed according to concrete territorial units and responsible for assisting the government in critical situations. However, before Georgian lawmakers establish the mandate of the reserve and hand it to the president for approval, it would be of interest, finding out what exactly the armed reservist will assist the local authority with in critical situations and what kind of critical situations exist in Samegrelo at the moment.

Besides local officials and law enforcement officers, people with criminal records,convicted for gross crimes are on Alasania’s list. It is noteworthy that Giga Bokeria, secretary general of the NSC, in his response letter to the leader of the Free Democrats confirmed that those people have really been recruited into the reserve army. It is especially noteworthy since the Law on Military Reserve Service prohibits the recruiting of people with a criminal record to the army (Article 8 of the Law about Military Reserve Service. Release from Military Reserve Service, Paragraph II: “A person, having been convicted for criminal or particularly gross offence, shall not be recruited to the military reserve service.”)

In his letter, Bokeria did not clarify the government’s reasons for breaching this particular provision of the law.

Opinion.ge kindly provides readers with information about several people who are members of the reserve groups deployed in Samegrelo.

Davit Shengelia: One of the most influential members of the former paramilitary group Mkhedrioni (active during the 1990s). He was commander of the guerilla union Forest Brothers. After events in May 1998 in the Gali district, the activities of their members were associated with transportation of smuggled goods from Abkhazia.

In June of 2002, newspapers reported on an incident involving Shengelia:”Natakhtari checkpoint police officers discovered nine anti-tank rockets, three rocket launchers, and three anti-tank weapons a Land Cruiser. In total, the deputy chief of the 11-subdivision of the external defense department of the Security Ministry, Simon Mchedlidze and Russian citizen Artur Ludkov, serving in the same subdivision, were transporting armament valued at about 300,000 USD from Tskhinvali. Simon Mchedlidze told law enforcement officers that the military armament belonged to Kalashov (a known criminal). As for Artur Ludikov, according to our information, he was also a criminal.

Simon Mchedlidze comes from Zemo Nikozi village in Tskhinvali region. Law enforcement officers have already searched his father-in-law’s house and found two pistols there; one of them with a silencer. They also found a large number of cartridges. Later, Dato Shengelia, leader of the Guerilla Union Forest Brothers said those armament belonged to him. According to our information, Shakro Kalashov had requested him to admit it. Kalashov asked another criminal to propose this scenario to Shengelia whose confession saved Kalashov and his Georgian partners (newspaper 24 Hours).”

In December of 2006 Davit Shengelia was arrested for the storage-distribution of narcotics. He was sentenced to 24 years in prison. In 2011 he was granted early release due to “worsened health conditions.”

Vakhtang Zarandia: Former member of the National Guard and Soviet Union champion in shooting. Because of disagreement within the smuggling business, Sokhumi resident Tuna Khiba tied him to a bed in his house for several days. Khiba compelled him to give him his share of the smuggling profits. Zarandia asked Khiba to let him go to Samegrelo to collect the money, leaving his brother behind as a hostage. Khiba agreed.

The rivals later exchanged hostages on the Inguri Bridge.

Vakhtang Zarandia was arrested in 2005 for illegal possession of guns.

According to the Samegrelo Zemo Svaneti regional police department, Bezhan Gvazava was shooting near the camp together with several people.

Gvazava was had been in hiding for nine years and returned back after the Rose Revolution in 2004 when Gia Baramidze was Interior Minister of Georgia.

Slavik Bigvava. In 2004, Minister of Interior Giorgi Baramidze carried out a special operation to arrest members of paramilitary groups in Samegrelo.

According to Baramidze, members of the Forest Brothers were involved in criminal dealings with ‘secessionists’. As a result of special operations in Zugdidi and surrounding districts, about 30 people were arrested; three of them were wounded. Law enforcement officers confiscated explosives and weapons.

A special operation was carried out in Ingiri village in Zugdidi district where law enforcement officers hit Slava Bigvava’s house. The latter was a member of the Forest Brothers. However, as a result of controversy with Dato Shengelia he quitted cooperation with Shengelia’s supporters. According to law enforcement information, petrol smuggled from Abkhazia was stored in Bigvava’s house together with weapons belonging to the Forest Brothers.

Slava Bigvava was arrested for illegal carrying of a weapon. He was subsequently released under police supervision; however, police arrested him the next day on new charges  – kidnapping and extortion. Bigvava was accused of kidnapping businessman Shalva Ponia who had been held captive in Gali district. Ponia was tied to a bed during three weeks and was not allowed even to go to bathroom. Ponia was tortured and his brother forced to listen to his screaming.

The NSC prefers to stay silent on these issues. But if the abovementioned people have been accepted into the voluntary reserve army, we wonder, in light of their violent past, if we can entrust them with protecting the country’s national interest?