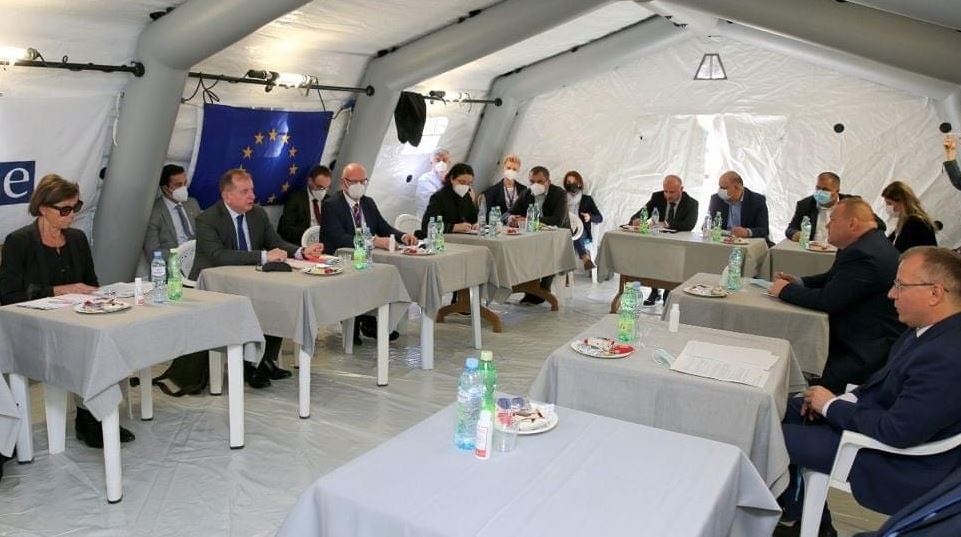 On September 27, the 102nd meeting within the Incident Prevention and Response Mechanism (IPRM) was held in Ergneti. The parties also discussed the facts of illegal detention of Georgian citizens along with all the incidents at the dividing line during the last two months. The main focus of the meeting was the illegal detentions. Two Georgian citizens are remaining in Tskhinvali prison at the moment: Genadi Bestaev and Gela Gochoshvili. The occupants detained Gochoshvili on August 14.

"Gela Gochoshvili is accused of illegal border crossing. There were mentioned some charges of criminal activity, however,  we have received confirmed information that they are only accused of illegal border crossing. As for Genadi Bestaev, he was in pre-trial detention for more than 14 months. The thing is beyond any reasoning. We demanded his release from the illegal detention. The Tskhinvali party did not change its position regarding Bestaev. The fight for his return will continue. The discussions will continue in the Geneva format. When we talk about illegal detainees, we also talk about a person detained in Abkhazia: Irakli Bebua. His issue is considered in the very high register and has been voiced at all important international meetings. A few days ago, the co-chairs of the Geneva International Discussion visited Sukhumi and this issue was raised there as well. “The struggle continues for all persons to return them to their families,"  said Irakli Antadze after the meeting who is the Deputy Director of the -Analytical Department of the State Security Service.

The State Security Service concealed for some period the fact of the abduction of Gela Gochoshvili by the occupation forces. Davit Katsarava, a representative of the anti-occupation movement, told humanrights.ge that the State Security Service acts at the Ergneti negotiations table in a manner that is less adhering to the principles and less consistent: „The authorities conceal the information about borderization and keep the public in an information vacuum. They also hide the abduction statistics from us, leading to the fact that we only hear such news at the end of the year from final reports. An example of this is the fact that as of July 31, the number of abductions from the surrounding area of Shida Kartli was 28 while the public learned only about 5 facts. This means that information about the abduction of 23 persons was concealed from us by the authorities. We can not escape the fact that the authorities are trying to conceal the facts of abduction and illegal borderization from the public. I guess the information is concealed in order not to make the public attitudes towards Russia even more negative than they are now. Information about the abduction taking place on August 12 was released by the State Security Service after a month and a half. All this time the information was concealed like the information about many other abductions. This is a vicious practice that has been going on for years. The facts allegedly are not released  'in the interests of the security of the State', which is rather a general and meaningless statement, and instead, there should be sharp reactions so that Russia  gets a critical diplomatic response."

In addition to security, the parties also discussed some humanitarian issues. The humanitarian and epidemiological situation in occupied Akhalgori is particularly complicated. Due to the closure of the district, the residents have not been able to receive the necessary medical care for two years now.

As the representative of the State Minister for Reconciliation and Civic Equality, Zviad Zviadadze mentioned - Georgian side will continue to work actively in all formats on the issue of opening the crossing points in the direction of Akhalgori.

Until the parties reach an agreement, the residents of occupied Akhalgori will face daily problems, both in medical and social terms.